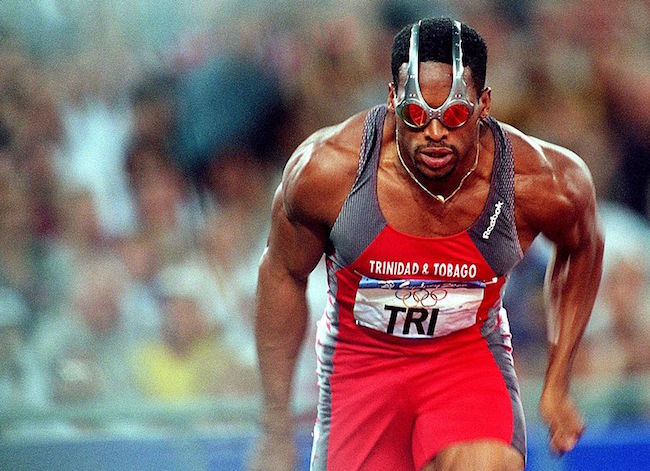 Oakley has been a major player in the sunglasses game for decades, and while they produce a wide variety of shades, they tend to be primarily associated with an aesthetic best described as “Guy Fieri Chic,” as they seem to be particularly popular with athletes in sports that energy drink companies love to sponsor and dads at Little League games who won’t think twice about challenging the umpire to a fight in the parking lot over a blown strike call.

However, Oakley has contributed so much more to the world than people who only know them for bright yellow wraparounds realize and anyone who thinks that’s the only thing the company has contributed is obviously unfamiliar with what is arguably the most iconic, ridiculous, insane, and creative innovation in the history of eyewear: the OVERTHETOP sunglasses.

The world entered the new millennium with a sense of optimism that is laughable in hindsight but the possibilities seemed endless when 2000 first rolled around. There was no telling what the future would look like but we got a glimpse at the Summer Olympics that were held in Sydney that year when sprinter Ato Boldon took to the track to represent Trinidad and Tobago with a pair of sunglasses that made him look like the Green Goblin.

As confirmed by a landing page on OAKLEY.com:

"Twenty years later, I still remember the rush. Wearing the Oakley OVERTHETOP in Sydney was an iconic moment in my career." @atoboldon – Tomorrow, 9:00am PST an icon returns. Limited to a run of 20 never to be produced again. #ForTheLoveOfSport https://t.co/I439V3CPrY pic.twitter.com/tWMs4AobDW

The OVERTHETOP were designed to allow runners to wear sunglasses without having to worry about them bouncing around their face while competing, and while you’d think the best solution would be to, you know, not wear sunglasses during a race that lasts for 10 seconds, Boldon did exactly that and changed the game forever (and by that I mean they failed to catch on and quickly became a tiny footnote in Olympic history).

I think the real issue was that the world wasn’t really ready for what hit it at the time, and while I’m not sure if it’s more prepared 20 years after the OVERTHETOP made their debut, that’s not stopping Oakley from bringing them back for a limited run. 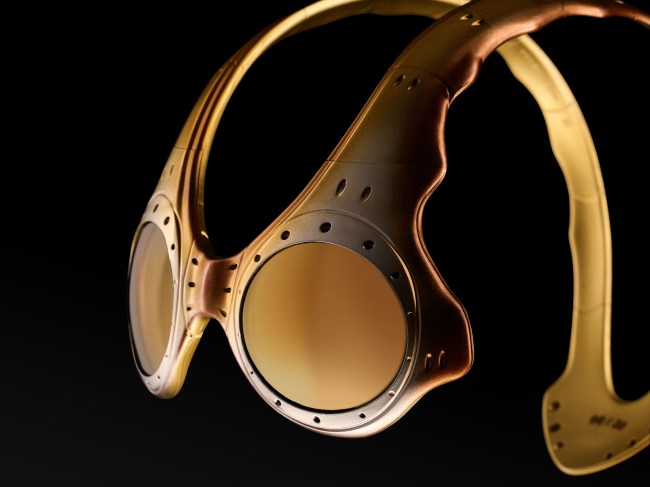 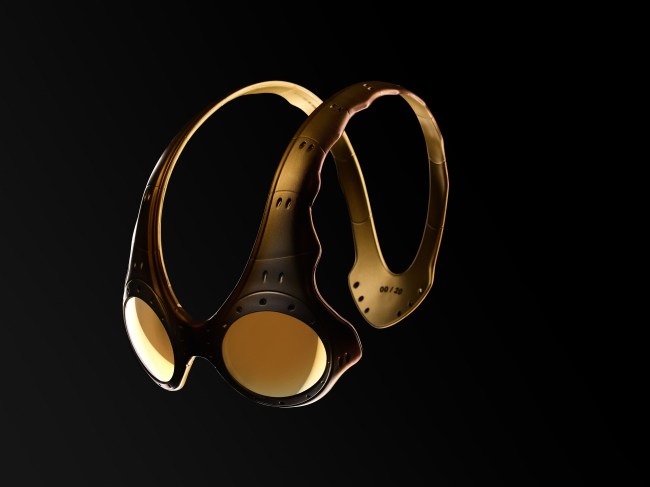 However, the world definitely won’t be ready for the price tag, as the 20 pairs of the “Precious Mettle” variation (which feature a gold, silver, and bronze gradient fade Oakley says is in “recognition of the Games that didn’t happen and pays tribute to those who have the mettle to push through and overcome adversity”) will retail for $2,000.

I don’t envision ever reaching a point in life where I can justify spending $2,000 on sunglasses but I totally jump on this if I could. Not only would it be cool to own an iconic piece of sports history, but the value of these things will also skyrocket in the years to come. Plus, they look like something a badass intergalactic mercenary would wear, which would come in handy if you ever get the chance to attend an event that lists that kind of vibe on the invitation.

A man can dream.