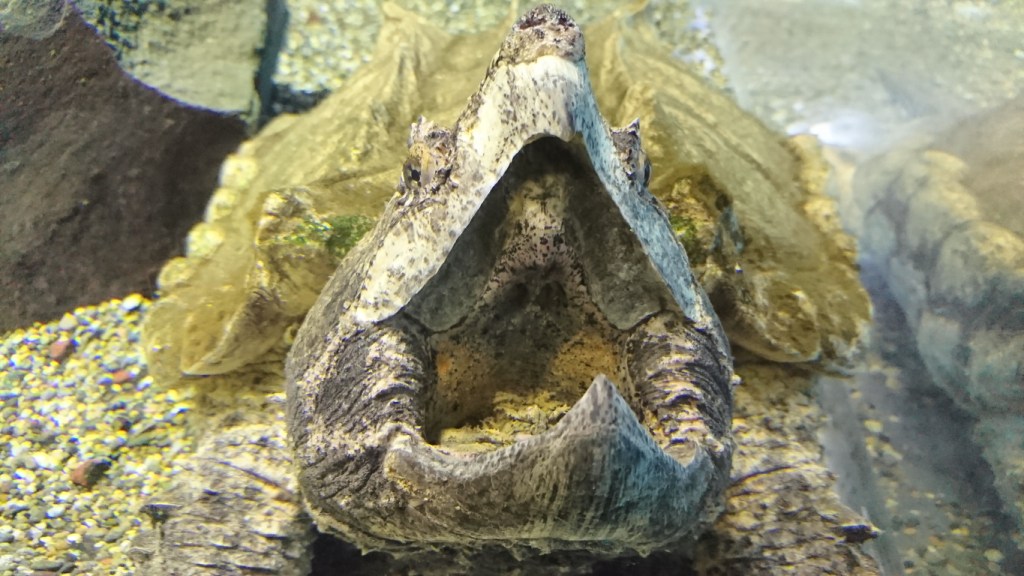 There are almost too many regional paranormal creatures in the United States to keep up with. This is the first time I’ve ever heard about the Ogua River Monster, a paranormal creature in West Virginia, but now I’m all-in on this creature existing somewhere in the wild.

What is the Ogua Monster?

The Ogua Monster is a river monster who is at the heart of this story. It’s believed to be a creature weighing roughly 500-pounds. The Ogua River Monster is thought to look somewhat like an Alligator Snapping Turtle but with the ability to come on dry land and crush an entire deer with its bite.

The legend of the Ogua Monster dates back to 1745 when locals claimed the giant turtle monster pulled a 12-year-old boy underwater while he was fishing with his family. Nobody ever saw the kid again and the legend has persisted ever since.

Flash forward to the present day and Nate Moreno and Jake Byers believe they saw the Ogua River Monster while fishing for catfish. The two men spotted the Ogua Monster in the moonlight, initially thinking it might have been a homeless person who fell in the river.

They claim to have gotten a pretty good look at the river monster. Their encounter lasted somewhere between 5 and 10 minutes. One of the guys claimed to have seen the monster just a few days prior. It looked something like “someone swimming on their hands and knees, crawling across the rocks” except it had a snake-like tail. Here’s their story:

What we know for certain is that we know nothing for certain. These fine, upstanding citizens are able to describe the alleged Ogua Monster with remarkably specific details about the appearance.

This should serve as a lesson to everyone: always bring a flashlight. If they had a powerful torchlight with them to shine at the creature then we might have proof the Ogua River Monster exists today. Instead, we’re left with stories like this on the eve of Spooky Season.

For a full rundown of this story, you can head on over to 12 WBOY for a local write-up on this incident.