94-Year-Old To Be Deported From U.S. After An Index Card Outed Him As A Former Nazi Guard

A 94-year-old Tennessee made it 60 years in the United States with a teeny little secret.

Friedrich Karl Berger served as an armed guard at a concentration camp near Meppen, Germany, in 1945 before making his way over to America in 1959. The Neuengamme sub-camp Berger was stationed at imprisoned Jews, Poles, Russians, Danes, Latvians, Italians, Dutch, French, and others, according to U.S. Immigration Judge Rebecca Holt.

Holt ruled over a two-day trial brought on by a three-year investigation by the US Department of Justice’s Human Rights and Special Prosecutions unit, Fox News reports.

Meppen prisoners were held during the winter of 1945 in “atrocious” conditions and were exploited for outdoor forced labor, working “to the point of exhaustion and death.”

An immigration judge ordered Friedrich Karl Berger's deportation on Feb. 28 after a two-day trial in Memphis, authorities said. It's unclear when he will be removed. Berger, who's been living in Tennessee, has 30 days to appeal the ruling. https://t.co/scl1YlI32U

In March 1945, as British and Canadian forces approached the subcamp, Berger helped guard prisoners forced to evacuate to the main camp, Justice Department officials said. During the brutal two-week trek, 70 prisoners died. Hundreds more were killed when they were placed on two ships at anchor in the Bay of Lubeck, in the Baltic Sea, that were mistakenly bombed by the British Royal Air Force in May 1945 during the last week of the war. 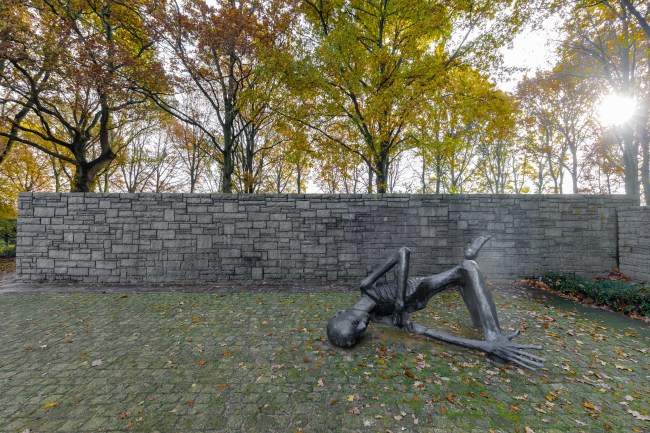 Justice Department historians were able to nab Berger with information found on an index card that found in one of the sunken ships several years after the bombing. The card outlined Berger’s role in the concentration camps.

The German citizen, who was still receiving a pension from Germany for his wartime work, made a living in the United States building wire-stripping machines. He is a widower with two grandchildren.

“After 75 years, this is ridiculous. I cannot believe it,” he said. “I cannot understand how this can happen in a country like this. You’re forcing me out of my home.”

Berger has 30 days to appeal the decision to the Board of Immigration Appeals.