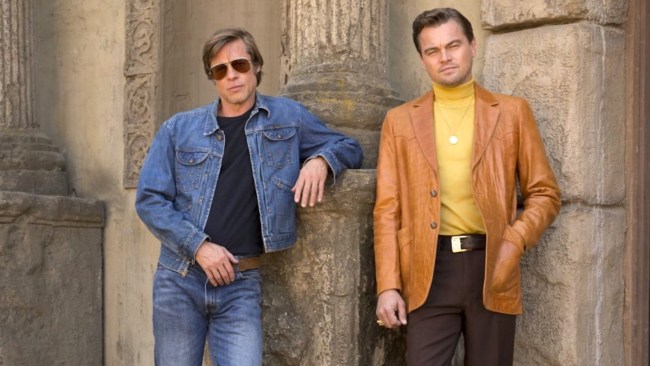 With Disney and Apple and Netflix and Hulu and blah blah blah blah blah alllll seeming to get into the streaming wars these days, it’s clear that the way audiences will consume entertainment in the coming decade will be drastically different than it was the previous ten years.

Just look at Disney, for example: over the next two years, the Marvel Cinematic Universe is set to release ten projects, with five of them set to be released on their streaming service Disney+. And if Disney is willing to transition one of their biggest properties to the small screen, then you know other players in the industry will soon follow suit.

In fact, streaming has become so prevalent in today’s entertainment industry that even old school directors such as Quentin Tarantino are figuring out ways to pivot their projects to accommodate this newfound form of content consumption.

Speaking to The New York Times, Pitt revealed that Tarantino has considered turning the story of Rick Dalton and his trusty stunt double Cliff Booth into a longer series, similar to the extended cut of The Hateful Eight that currently resided on Netflix:

“Yeah, he’s talked about it [making Once Upon A Time In Hollywood a miniseries]. It’s a pretty arousing idea,” Pitt said.

Brad Pitt confirmed that Tarantino’s discussed a streaming version of ONCE UPON A TIME IN HOLLYWOOD that would expand the film into several episodes and add cut footage. “It’s a pretty arousing idea,” Pitt told me. pic.twitter.com/nS4z6dmgud

This wouldn’t be the first time that Tarantino has expanded one of his films into a miniseries, as the extended cut of The Hateful Eight on Netflix is essentially long-form television, as the series is cut into four episodes with each episode clocking in at around 50 minutes a piece.

Given that there’s likely hours of unseen Once Upon A Time In Hollywood footage on the cutting room floor, a beefed-up miniseries version of the film would no doubt make for an enthralling watch.