Is OpTic Gaming Cursed In Call Of Duty Esports? Another Former Player Wins After Getting Dropped 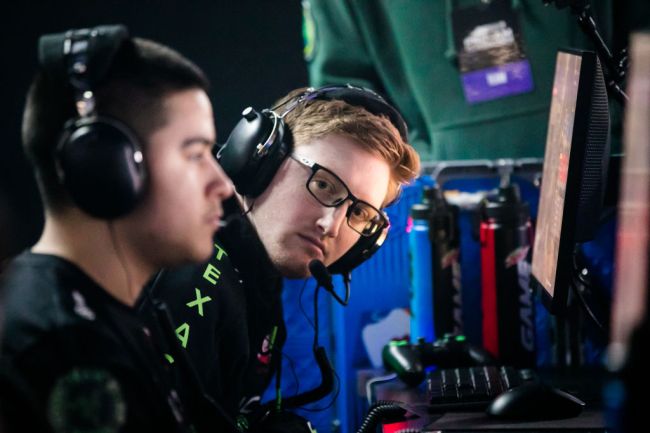 The 2022 Call of Duty League season came to a close this weekend and unfortunately for OpTic Gaming, it’s been yet another tough year.

OpTic Texas ended their Call of Duty Championship run with a top 4 placement, losing to the Seattle Surge in a heartbreaking 3-1 series on Saturday. The loss also meant five years had now passed since OpTic’s last championship win.

Given the esports organization has undergone major changes in recent years, both in ownership and player personnel, the team’s struggles as of late are understandable. Player injuries and some bad luck certainly haven’t helped either.

However, fans have started noticing a pattern between championship winners and whoever OpTic drops from their team. It appears can curses happen in esports too.

As noted by the official Call of Duty League Twitter account, the Green Wall has some serious bricklaying issues. For the third year in a row, a player dropped by OpTic has gone on the win champs the following year.

It happened in 2020 with Ian “Crimsix” Porter leaving for the Dallas Empire. Then Alec “Arcitys” Sanderson did it again by joining the Atlanta Faze in 2021. And now, Dylan “Envoy” has done it in 2022 with the Los Angeles Thieves.

It’s clearly been a tough few years for the most popular Call of Duty esports team and it’s nothing new. The curse’s origins date back to 2015 when James “Clayster” Eubanks left OpTic for Denial and won the Call of Duty championship.

With yet another player joining the ranks of former OpTic players to win champs, the CoD community was buying into the curse.

The prophecy continues OpTic drops a player and they win champs the next year. Sheesh

Now that the Call of Duty: Vanguard season is over, OpTic Texas will look to bounce back for Call of Duty: Modern Warfare 2. Nothing is certain, but it’s unlikely that the Green Wall will see any roster changes made in the off-season.

OpTic’s struggles this year were largely the result of Indervir “iLLeY” Dhaliwal’s injury preventing the team from playing together for the full season. The talent was there, it just wasn’t able to reach its full potential given the circumstances.

Should they choose to run it back, there will be no recently dropped players to continue the OpTic curse in 2023. But if the team decides otherwise, we’ll all know who to bet on as next year’s championship winner.