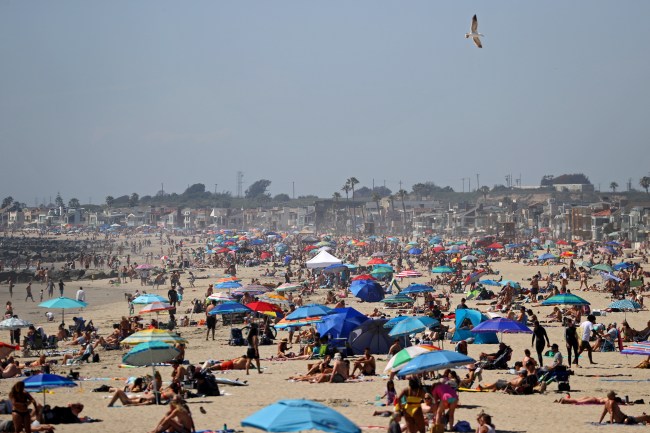 There is going to be a fight in California between the state and several cities in Orange County due to the closure of beaches.

On Thursday night, California Governor Gavin Newsom ordered all Orange Country beaches to be closed after 40,000 people overcrowded Newport beach over the weekend.

BREAKING: Governor Newsom has just announced he will order ALL beaches in ONLY Orange County closed, rather than all beaches in state as memo said. He called recent crowds at OC beaches “disturbing”. There is a protest planned at Huntington Beach pier tomorrow at noon. @FOXLA

The images we saw on a few of our beaches were disturbing,” Newsom said Thursday, later mentioning Orange County specifically while praising Los Angeles and San Diego counties for keeping their coastlines clear.

“We’re gonna do a hard close in that part of the state, just in the Orange County area,” Newsom said.

The cities of Huntington Beach and Dana Point have since voted in favor of filing legal action against Newson’s order while Newport Beach is examining their options.

Huntington Beach city council votes 5-2 to allow their city attorney to directly challenge the legality of Governor Newsom’s sweeping order to close all beaches in Orange County. HB will not submit to the state. What will the other coastal cities do? @BillFOXLA

The Huntington Beach City Council on Thursday voted 5-2 to pursue a legal challenge against Newsom’s order.

“Governor Newsom’s mandate to close all beaches in Orange County today was a jarring decision that significantly impacts us here in Huntington Beach,” said Huntington Beach Mayor Lyn Semeta. “Given that Orange County has among the lowest per-capita COVID-19 death rates in California, the action by the State prioritizes politics over data, in direct contradiction of the Governor’s stated goal to allow science and facts to guide our response to this horrible global pandemic.”

The city council of Dana Point also voted, 4-1, to pursue a temporary restraining order against the governor and the state.

The decisions represent an escalation in the battle between several beach cities and the governor’s attempts to keep people at home and enforce social distancing.”