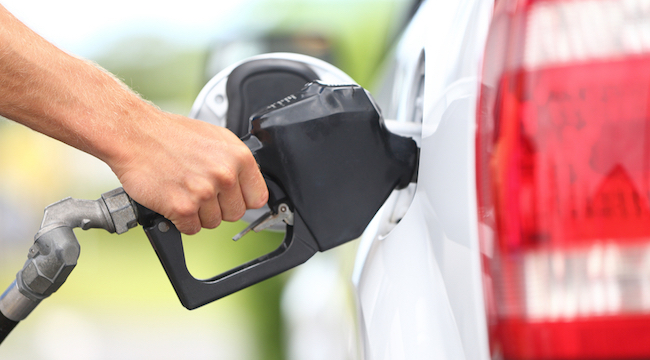 Virtually every time I pull over at a rest stop in New Jersey on my way to a better state, I get out of my car to refill my tank and am almost immediately yelled at by a guy in a neon jacket who informs me I’m not allowed to pump my own gas. While I don’t want to make any sweeping generalizations about the state, but having a law that bans people from putting their hand on a gas pump doesn’t exactly reflect well on the population.

I was under the impression that Jersey was the only place that infers every driver is totally incompetent, but it turns out Oregon also required every gas station to be full service until its governor signed a law permitting people to get out of their car to refuel in half of the counties in the state. The new policy was officially instituted on January 1st, and it appears plenty of residents aren’t very thrilled about the change.

A CBS station in Oregon posted a poll on Facebook asking their followers how they felt about the new law, and there are some absolutely amazing responses scattered among the 44,000 comments its inspired as of this writing.

Here are just a few of my favorites:

“I’ve lived in this state all my life and I REFUSE to pump my own gas … This a service only qualified people should perform. I will literally park at the pump and wait until someone pumps my gas.”

“No! Disabled, seniors, people with young children in the car need help. Not to mention getting out of your car with transients around and not feeling safe too. This is a very bad idea. Grrr.”

“I’ve lived in this state all my life and I REFUSE to pump my own gas. I had to do it once in California while visiting my brother and almost died doing it. This is a service only qualified people should perform. I will literally park at the pump and wait until someone pumps my gas. I can’t even.”

“Many people are not capable of knowing how to pump gas and the hazards of not doing it correctly. Besides I don’t want to go to work smelling of gas when I get it on my hands or clothes. I agree Very bad idea.”

“I once almost got stranded because I didn’t know where the fill tube was on a car on a road trip. I never thought to look behind the tank. Also pumping your own gas is overrated.”

It’s virtually impossible to tell if all of these comments are serious, but I can’t imagine every one is satirical. I wish the people of Oregon the best of luck in not setting themselves on fire.