Oscars Says Attendees Should Wear Masks During Commercials, But Not During The Live Ceremony 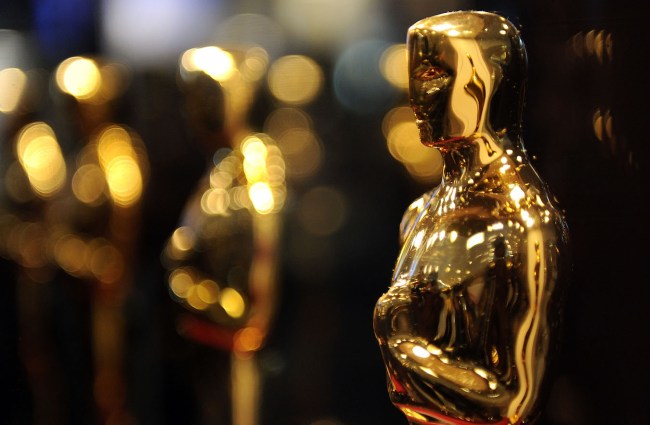 Apparently, live cameras prevent the spread of COVID-19, at least that’s The Academy’s logic heading into this weekend’s Oscars.

According to Variety, attendees are not being asked to wear masks while cameras are rolling during the live ceremony, but they are being asked to put on their masks during commercial breaks.

This makes absolutely no sense, but this is Hollywood, so it actually makes all the sense in the world. It certainly isn’t backed by science or any sort of logical thinking and it’s actually the exact opposite of virtue signaling. The majority of those in Hollywood have been telling everyone to mask up everywhere you go for well over a year now, but I guess COVID wouldn’t dare enter a room filled with the ‘elites.’

Masks are going to play an “important role in the story” throughout the night, however, those are the exact words Oscars producer Steven Soderbergh said during a press conference. He also stated that the topic of masks is “very central to the narrative,” but apparently that same narrative isn’t all that serious for the people in front of a rolling camera.

"The Academy is not asking Oscar attendees to wear face masks while cameras are rolling during the live ceremony…However, when guests are not on camera, they are being asked to wear masks. For example, masks should be put on during commercial breaks."
https://t.co/elYTvcGRKX

As for other protocols taking place, a temperature check will be mandatory upon arrival and attendees must take at least three COVID tests in the days leading up to the event.

This entire thing is bizarre, but we won’t see the true hypocritical side of all of this until later in the night when all these celebrities coincidentally leave their masks in the car when they show up to after-parties all over Los Angeles and pop up on our Instagram feeds.