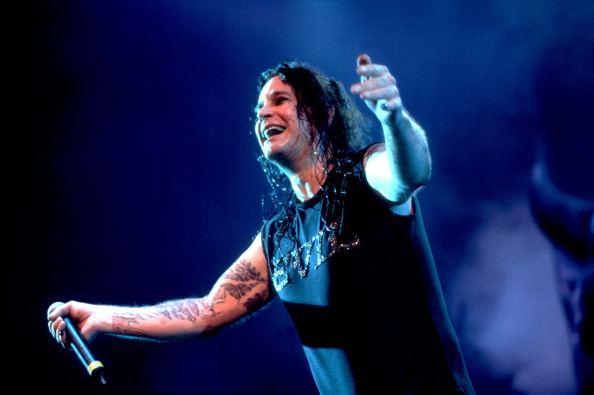 Two of the biggest rock bands on the entire planet collided in mid-November of 1978 when Van Halen opened for Black Sabbath in Nashville. But the epic concert didn’t happen because the lead singers of the two iconic bands engaged in a one-of-a-kind cocaine duel that almost ended in death.

In the midst of Black Sabbath’s Never Say Die tour, Ozzy Osbourne and David Lee Roth hooked up in what would be one of the epic benders of all-time. Ozzy was on his last tour with Black Sabbath and the iconic band would officially drop Osbourne on April 27, 1979. Black Sabbath fired Ozzy from the band because he was partying too hard with drugs and alcohol.

David Lee Roth was a legendary hard partier in his own right. Roth was such a drug enthusiast that he challenged The Prince of Darkness to a snort-off. In his 2015 book Van Halen Rising: How a Southern California Backyard Party Band Saved Heavy Metal, author Greg Renoff details how Roth out-partied Ozzy and damn near almost killed him.

Van Halen was opening for Black Sabbath in 1978 and by most accounts, David Lee Roth’s band put on a far superior show. Some say Black Sabbath was in the throes of their drug-induced downfall and the entire band was struggling to keep it together. This was Van Halen’s first world tour and they were savoring every minute, especially frontman David Lee Roth. The energetic and flamboyant singer was ready to challenge anyone, even Ozzy Osbourne.

Van Halen opened for Sabbath in Birmingham, Alabama, and after the show, Ozzy and DLR indulged in some cocaine. But these are two titans of rock music and first-ballot Hall of Fame partiers so they didn’t just snort some coke. The two rock frontmen engaged in a competition to see who could snort the most cocaine without dying.

Roth and Ozbourne allegedly snorted enough blow to make Tony Montana say, “Woah, woah, guys, that’s too much cocaine.” Renoff wrote that the two singers “snorted enough cocaine to stop the hearts of a half-dozen men.” The snort-off lasted all through the night and until 9 a.m. the next day.

The tour buses drove from Birmingham to Nashville for the next concert. The musicians got off the buses and went to their hotels. Hours go by and nobody hears from Ozzy. Osbourne isn’t in his hotel room because the tour manager never gave Ozzy his hotel room key. Everybody is looking for the Black Sabbath singer and the tour manager contacts the police to let them know Ozzy Osbourne is missing. The Nashville police and the FBI begin searching for Ozzy. There were no sightings of the legendary rock star and authorities float the idea that maybe he was kidnapped or even worse that he was dead according to Renoff’s interview with the Boston Herald in 2015.

The last person to have seen Ozzy was Roth, but he had just finished not dying after he challenged Osbourne to a cocaine duel that took place for half of a day. The manager asked Roth if he could fill-in for Ozzy, but he said he didn’t know the songs. The manager had to cancel Black Sabbath’s concert.

Finally, about 24 hours after he was last seen, Ozzy stumbles into the lobby of the hotel. “Guys were literally yelling, ‘Ozzy’s alive!'” Renoff said.

Apparently, Ozzy had his old room key from the hotel in Alabama and thought it was for the Nashville hotel. Ozzy went to room #616, which was being cleaned by a housekeeper at the time and kicked them out of the room. Ozzy passed out for 24 hours as his body attempted to recover from the coke duel. The moral of the story is never challenge David Lee Roth to a coke-snorting competition even if your name is Ozzy Osbourne.

Black Sabbath and Van Halen would come back to Nashville to make up the missed show. Some have said that Ozzy’s 1978 show in Nashville is his worst ever. Thanks a lot David Lee Roth.

Here is the full Never Say Die concert from 1978.

Here is the entire Van Halen concert from 1978 and Running with the Devil sounds outstanding.