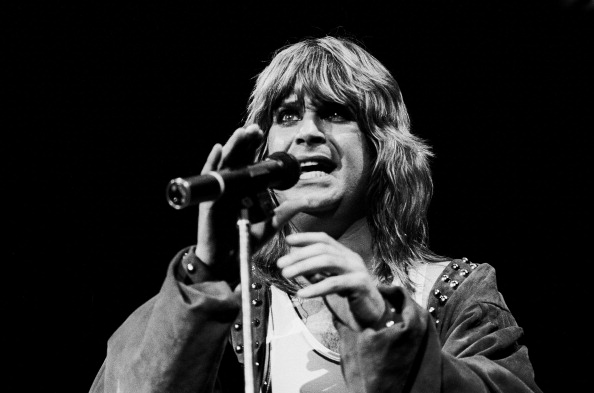 Ozzy Osbourne has lived an epic life to say the very least. The Prince of Darkness has survived so many encounters that could have put him six feet under the ground. Ozzy Osbourne turns 70 years old on December 3rd and it’s a small miracle that we still can enjoy the antics and talent of the Black Sabbath rocker. Let’s look at all of the times that Ozzy cheated death when many others would not have.

1.) ATV Crash – Osbourne was seriously injured while driving an all-terrain vehicle in December of 2013. Ozzy broke his collarbone, fractured eight ribs, a vertebra in his neck, and damaged blood vessels, which required emergency surgery at the Wexham Park Hospital in London. The surgeons had to reconstruct his collarbone and open a collapsed major artery that was interrupting blood flow to his arm. Ozzy said he is still alive today because of bodyguard Sam Ruston, who performed CPR on the rock legend. “If it wasn’t for Sam I probably wouldn’t be here. He had to bring me back to life twice,” Ozzy told the Sunday Mirror.

2.) Lots Of Pills – Even before Ozzy’s ATV accident, doctors prescribed the Black Sabbath star a ton of pain meds. At one point in 2003, Osbourne had been prescribed 13,000 doses of 32 different drugs in a year. Ozzy’s 42-pill-a-day regimen made him even more incoherent than he usually is. Ozzy’s cocktail of meds included eight doses of amphetamines, nine doses of tranquilizers, 16 barbiturates, two anti-seizure tablets, two anticonvulsant pills, two painkillers, and three sleeping pills. Ozzy’s heavy dosage of medications may have caused him to crash the ATV. Ozzy’s physician at the time was Dr. David Kipper, who charged the rockstar $650,000 for his services. Sharon Osbourne contends that Ozzy was “over-medicated” and the singer said he “couldn’t talk,” “couldn’t walk,” and “could barely stand up” because he was so drugged up.

3.) Ozzy Overdoses – Osbourne couldn’t deal with his wife’s cancer and turned to pills to deal with the stress. While Sharon was battling cancer, Ozzy couldn’t deal with the thought of losing her. Ozzy’s daughter documents the time that her mom was having a seizure and “Dad was there in his boxers, and I watched him scoop his hands into a bowl of pills, swallow a handful of something, and then wash it down with vodka,” according to her book There Is No F*cking Secret.

“He leaned over to put his hand out to see if mum was breathing,” Kelly wrote. “Then he passed out with his hand over her mouth… The EMTs tried to pull him off, and dad, not knowing where he was or what he was doing, started to resist out of habit. They pulled over the ambulance and started to call the police.” Cops zip-tied Ozzy’s hands as he was overdosing and then Sharon was placed in one hospital room and Ozzy was put in another.

4.) The Madman Goes To The Mental Asylum – Black Sabbath’s manager in the late 1970s was Don Arden, who also managed big-name musical acts such as Jerry Lee Lewis, Little Richard, Air Supply, and Electric Light Orchestra. Arden advised the band to drop their lead singer – Ozzy Osbourne. Arden’s daughter, Sharon Levy, became the manager of Black Sabbath with Ozzy as the frontman. In 1981, Black Sabbath embarked on their Diary of a Madman world tour. Following a show in Ravensburg, Germany, Sharon called off the rest of the tour so that Ozzy could be flown back to England and checked into a mental health clinic following his marriage to Thelma Osbourne falling apart. Ozzy was treated at the St. John’s Hospital outside London after he suffered a reported nervous breakdown.

“We’d walk in the room and he’d be so happy to see us. He’d cry and laugh, cry and laugh, back and forth. Total mood swings,” said Rudy Sarzo, who was the bassist for Ozzy, Quiet Riot, and Whitesnake. “Then he finally got released. The doctor told Sharon there was nothing they could do for him.”

5.) Biting The Head Off A Bat – On January 20, 1982, in Des Moines, Iowa, Ozzy Osbourne achieved rock infamy. Mark Neal, a 17-year-old fan, brought a dead bat, bordering on rancid, to the concert and threw the flying rodent on stage. According to Ozzy’s biography Black Sabbath: Symptom of the Universe, he thought it was a toy at first, then realized the bat was alive and the wings were flapping. Never-the-less, alive or dead, Ozzy chomped down on the bat’s neck and bit off the chiroptera’s head. In the Diary of a Madman, Ozzy says the bat was alive and even bit him, which caused him to be treated for rabies.

6.) The Blizzard Of Oz Drinks A Lot of Booze – Ozzy has survived a hard-partying lifestyle that would kill most human beings after a few weeks, let alone decades of abuse. Osbourne, who describes himself as a “medical miracle,” said he has been on a bender for 40 years. The rocker admitted that he drank four bottles of cognac a day at one point in his career that consisted of “blacking out, coming to again and carrying on.”

7.) Sharon Drugs Ozzy So He Tells The Truth About Cheating – Ozzy’s wife of over 36 years says that she was forced to secretly drug her husband so that he would be woozy enough to reveal that he cheated on her with a hair stylist. Read more about the truth serum drugging HERE.

8.) Ozzy Battles Parkinson’s-Like Disease – John Michael Osbourne has been diagnosed with Parkin Syndrome, a genetic syndrome that causes debilitating body tremors. The syndrome is much like Parkinson’s Disease and Ozzy originally thought his symptoms of involuntary shaking and tremors were caused by his prolific alcohol abuse. “I’d always assumed it was the booze and stuff,” Osbourne told the World Entertainment News Network. “Now I’ve found it all stems from the family.” Upon hearing the prognosis, Ozzy said, “I’m like, ‘Thanks for f*cking telling me.’ Me walking around thinking I’ve got some drug paralysis,” Osbourne said.

9.) The Time Ozzy And David Lee Roth Had A Cocaine Duel – In 1978 Ozzy and David Lee Roth from Van Halen engaged in a cocaine duel that caused many to believe Osbourne had disappeared or was dead. Read the entire story HERE.

10.) Ozzy Almost Died From A Manicure – The Prince of Darkness survived all of these traumatic experiences, but he nearly died in October from a manicure. You can read more about Ozzy’s near-death mani HERE.

Honorable Mention: Ozzy Snorted A Line Of Ants – Ozzy enjoyed his camaraderie with fellow rockers and even snorted ants because Nikki Sixx dared him to. This crazy Ozzy story comes to us from the Motley Crue autobiography The Dirt: Confessions of the World’s Most Notorious Rock Band written by Sixx, Tommy Lee, Vince Neil, Mick Mars, and Neil Strauss

“I handed him the straw, and he walked over to a crack in the sidewalk and bent over it,” Sixx said. “I saw a long column of ants, marching to a little dugout built where the pavement met the dirt. And as I thought, ‘No, he wouldn’t.’ He did. He put the straw to his nose and, with his bare white ass peeking out from under the dress like a sliced honeydew, sent the entire line of ants tickling up his nose with a single, monstrous snort.” Best to keep Ozzy away from your coke. But Ozzy wasn’t done being outlandish Ozzy. Osbourne then allegedly urinated on the ground and then licked it up. Better keep Ozzy away from your bathroom.

Here is Ozzy Osbourne talking about death and drugs.

RELATED: Ozzy Osbourne Opens Up About Affair: Sex Addiction Is ‘By Far The Worst Addiction That I Have