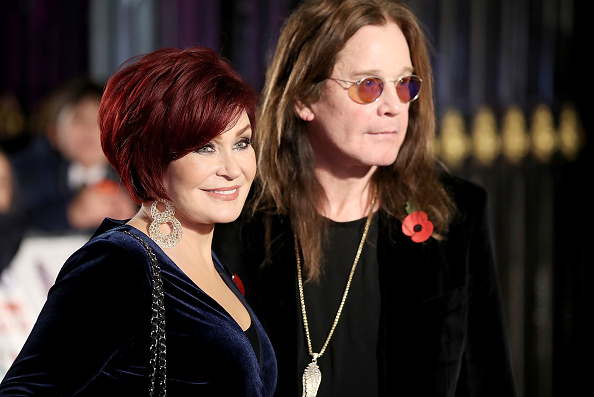 Ozzy Osbourne hard-partying ways and Sharon Osbourne’s devious brilliance both contributed to the Prince of Darkness admitting that he had cheated on his wife. Sharon revealed that she purposely drugged the Black Sabbath rocker so that he would confess that he had an affair. You could argue that it is a savage move and a judge could also argue that it is highly illegal.

Celebrity hairstylist Michelle Pugh colored Ozzy’s hair in late 2011. The two hit it off despite Osbourne being married to Sharon since July 4, 1982. Ozzy and Pugh had an affair for about four years.

“She was a hairdresser who was coming round to the house,” Sharon said. “I honestly don’t know how it started, but then it picked up momentum and I thought, ‘If I stop, she’s going to go to the press.’ By giving in to temptation, you put your head in the lion’s mouth, but then it closes, and no matter which way you go, you’ve done wrong.”

“I knew that she was overly flirty with Ozzy — you know when people over-laugh at things you say? — but to be truthful with you, I thought, ‘He would never go with that, ever,” Sharon said. “[I thought] ‘She’s just an old rock chick. Never in a million years.’”

She had heard rumors of the extramarital affair with Pugh from the press. Then in May of 2016, Ozzy’s infidelities were exposed when the Wizard of Ozz accidentally emailed Sharon a message that was meant for one of his mistresses.

“I was a broken woman,” Sharon told The Sun. “He sent me an email that was meant for one of his women.” PSA: Don’t drink and email, especially to your mistress.

Sharon devised a cunning scheme to drug her husband so that he would be more likely to confess to his adulterous ways. “Then he took his sleeping pills. I put an extra two in his drink…and asked him everything, and everything came out,” Sharon revealed. “He would have never told me the truth, ever. He was ashamed, afraid. I knew how long. I knew who it was. I knew what he was thinking and then, you know, you leave. Ozzy told me it was over with this woman and I believed him. Then, six months later, I found out it wasn’t and there were others.” We don’t recommend that you use sleeping pills to drug your partner without their knowledge or consent so that you can sneakily get a confession of infidelity out of them.

Ozzy’s confession from the prescription truth serum compelled Sharon to leave her husband. The two got back together after Ozzy went to months of therapy for his sex addiction, something he says is his “worst addiction.”

“It’s by far the worst addiction that I have,” Ozzy said of his sex addiction. “When I was drinking or doing drugs, I was affecting myself physically, but with the sex addiction, it affects everybody.”

“It made me realize what a complete idiot I was,” Osbourne added. “I sat down and I thought, ‘What the hell have I done?’ I can’t imagine life without Sharon. She’s my soulmate. I love her. I can honestly say that I’ve never loved any other woman besides Sharon. I’ve got a crazy-assed way of showing it, but she’s the love of my life.”

Despite Ozzy’s numerous affairs, Sharon said she is going to stick by her man. “Nobody is going to want to ask me out,” Sharon said. “Who would ask me out? A big-mouth, older woman? This is as good as it gets and I love him. He’s my husband and I have to take care of him and you just become this woman that takes care of this person and this is my life. This is what I do.”

The celebrity couple have since renewed their wedding vows, but her faith in her husband is shattered. “I don’t trust him. I worry about that. I don’t trust him as far as I can throw him,” said Osbourne. “Nothing in the world hurts like infidelity. Nothing.”