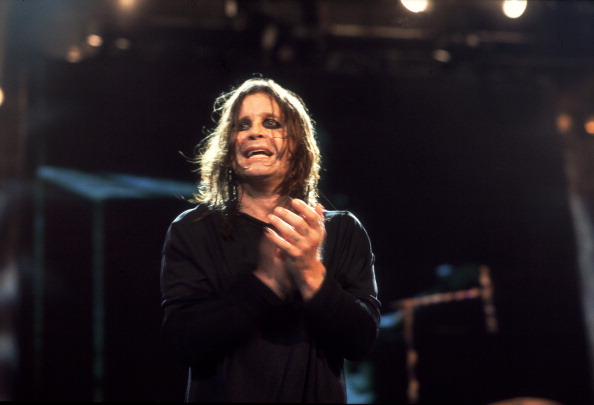 Ozzy Osbourne turns 70 years old on December 3rd, but he almost didn’t make it to his 70th birthday. There are at least 10 different ways that Ozzy nearly died — from ATV crashes to cocaine duels with David Lee Roth to getting rabies from biting the head off a bat. But one of the manners of which The Prince of Darkness nearly died was not very metal at all. Ozzy Osbourne almost died from a manicure.

Osbourne was forced to undergo an emergency operation in October. “I was in hospital for a couple of days and had emergency surgery and I remember waking up in the morning and Sharon said, ‘What the f*ck have you done to your hand?’” The former Black Sabbath frontman suffered from a serious infection in his thumb after getting cut from a manicure and said he could “hardly move.”

Sat Oct 6 show at @ShorelineAmphitheatre in Mountain View, CA has being postponed due to illness. The Rock and Roll Hall of Fame inductee and Grammy®-winning singer and songwriter is being treated for an infection, which required surgery on his hand this morning (Saturday, October 6). OSBOURNE will spend a couple of days at Cedars-Sinai in Los Angeles where he’ll remain under doctor’s care as they monitor the infection. The show is part of OZZY’s North American “NO MORE TOURS 2,” produced by @LiveNation, and is expected to resume on Tues, October 9 at @MattressFirmAmp in Chula Vista before this leg of the tour wraps with shows at the @HollywoodBowl (October 11) in Los Angeles and Las Vegas (October 13) at the @MGMGrand Garden Arena. @StoneSour will perform on these three shows. The Oct 6 show has been rescheduled for Tuesday, Oct 16 (support act for the new date is TBA). Ticketholders for the October 6 show should hold on to their tickets, as they will be honored at the rescheduled date on October 16. Refunds are also available at point of purchase.

“The funny thing is they reckon I got it from a manicure,” Ozzy said his hand swelled up to “the size of a f*cking lightbulb.” “I’m having the best time of my life — apart from that f*cking thing with my thumb, and I didn’t realize that it was very dangerous.

Doctors told Osbourne that had the infection gotten into his bloodstream, he could have died. Osbourne wanted to play a gig as soon as he got out of the hospital but the doctor warned him, “The doctor said, ‘You must be fucking crazy. You get another staph infection, and you could die.’ He said, ‘One’s enough. You’ve got three individual ones.’” Imagine Ozzy Osbourne’s tombstone: “He was a legendary rocker but he died from a f*cking manicure.”

On October 6th, Ozzy posted a photo of him enjoying some ice cream in his hospital bed with the caption: “Feeling better after surgery. Ice cream helps.”

Osbourne said he was released from the hospital on October 9th.

I cant wait to get out of here tomorrow, thank you to all of the wonderful Doctors and Nurses taking care of me. #NoMoreTours2 Shows now: Oct 13 – Las Vegas @MGMGrand Oct 15 – @HollywoodBowl Oct 18 – San Diego @MattressFirmAmp Oct 20 – Mountain View @ShorelineAmphitheatre

However, Ozzy is having some difficulties adjusting to not having his right hand. “I’m right-handed. You can’t wipe your own ass,” Ozzy joked. “And I didn’t have many f**king volunteers who would do it for me.”

We understand that Ozzy needs his hands to look great for his black nail polish but he has got to be more careful. You’re Ozzy f*cking Osbourne, you have a net worth of $220 million, pay for a quality manicurist who doesn’t cut him open.

RELATED: Sharon Osbourne Drugged Ozzy To Get Him To Confess He Cheating On Her After An Errant Email Exposed Affair

Osbourne had to cancel shows because of his near-death mani but is scheduled to perform on January 30, 2019, in Dublin, Ireland. After that, the 70-year-old rocker will go on the North American leg of his “No More Tours 2” tour with Megadeth starting on May 31, 2019, at the BB&T Center in Sunrise, Florida. Whatever manicure doesn’t kill Ozzy only makes him stronger to go on rock tours around the world at the age of 70.

“People keep asking me when I’m retiring,” Ozzy said. “This will be my final world tour, but I can’t say I won’t do some shows here and there. I’ve been extremely blessed to have had two successful music careers. I’m looking at this final tour as being a huge celebration for my fans and anyone who has enjoyed my music over the past five decades.”

RELATED: Ozzy Osbourne Opens Up About Affair: Sex Addiction Is ‘By Far The Worst Addiction That I Have’