‘Game of Thrones’ Prequel Casts Its Lead Actor: Paddy Considine To Star As King Viserys I 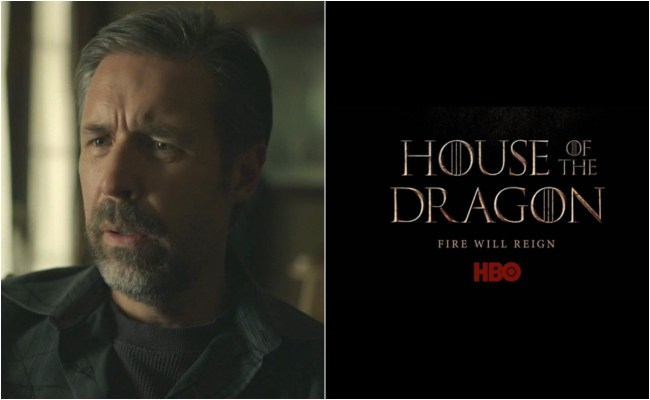 House of the Dragon, the Game of Thrones prequel that’s set to hit HBO in 2022, has made its first casting announcement, as Paddy Considine (The Outsider, Peaky Blinders) has been tapped to star as King Viserys I, according to Variety.

Variety has learned that Paddy Considine has signed on to star in the series in the role of King Viserys I, who chosen by the lords of Westeros to succeed the Old King, Jaehaerys Targaryen, at the Great Council at Harrenhal. A warm, kind, and decent man, Viserys only wishes to carry forward his grandfather’s legacy. But good men do not necessarily make for great kings. [via Variety]

House of the Dragon, which is set about 300 years before the events of Game of Thrones, will explore the story of House Targaryen, particularly the massive civil war that fractured one of Westeros’ most powerful houses. As Variety points out, Viserys I — who ruled Westeros about 100 years after Aegon’s Conquest — is the father of Rhaenyra and Aegon II, who are the two Targaryens that would “ultimately fight a civil war over his throne that became known as the Dance of Dragons.”

While fans are understandably hesitant to get excited about House of the Dragon after the way that Game of Thrones ended, the fact is that Paddy Considine is an excellent actor and represents an extremely intriguing fascinating choice to lead the series. Considine is certainly familiar to HBO fans, as he starred alongside Jason Bateman in The Outsider earlier this year and is currently appearing alongside Jude Law in the miniseries The Third Day.

At this time, despite the current state of both Hollywood and our country, HBO is still hoping to have House of the Dragon ready to debut sometime in 2022.