Unless you were around in the 90s, it’s difficult to explain what a sensation Pamela Anderson was. Her fame was Kim Kardashian-esque, except she accomplished that status without the use of social media and a reality television show.

Beginning as a Playboy cover model in the early 90s, Anderson went on to achieve bonafide sex symbol status thanks to her five-season run as C. J. Parker on Baywatch. That notoriety, for better or worse was, was launched into the stratosphere following the illicit release of her sex tape in 1995.

It’s now been almost 30 years since the release of Anderson’s infamous tape, and as a result, it’s naturally time for Hollywood to create content out of it, as evidenced by the upcoming series Pam & Tommy, which stars Lily James (Baby Driver, Darkest Hour) as Anderson and Sebastian Stan (The Falcon and the Winter Soldier, I,Tonya) as Mötley Crüe drummer Tommy Lee.

The latest trailer for the series, which will hit Hulu on February 2, showcases the incredible transformation of the two actors, particularly when it comes to Lily James:

For comparison — while obviously stunning in her own right — James doesn’t look all that much like Pamela Anderson in her regular life, which highlights how incredible of a job the series has done with its hair, make-up, and costuming: 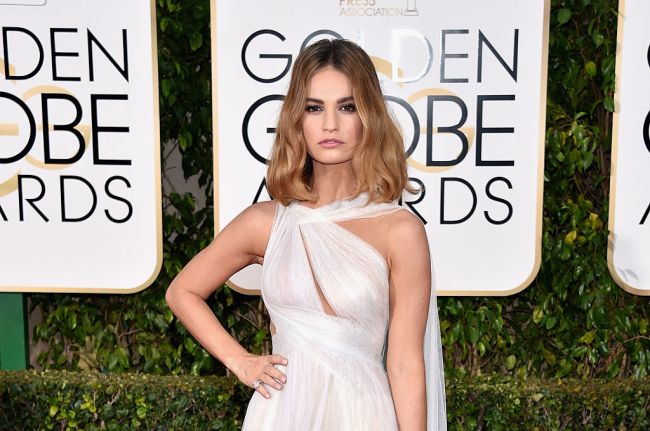 Pam & Tommy will debut on Hulu on Wednesday, February 2.