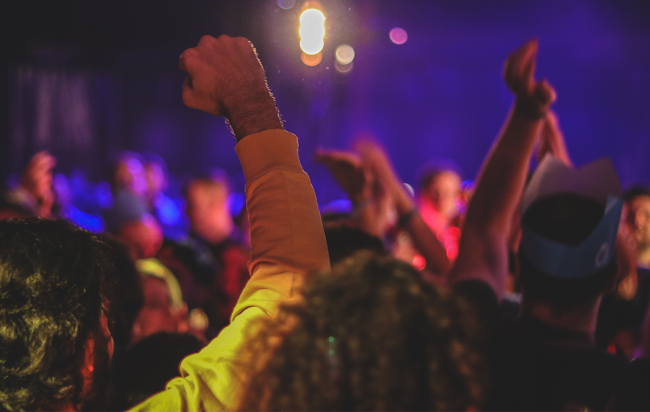 Early last March, Jared Leto decided to unplug and head out to the middle of a desert to spend 12 days silently meditating before returning to a world that was decidedly different than the one he’d left behind courtesy of the rapidly-spreading disease that officially reached “Pandemic” status during his retreat.

As you likely know all too well by now, it was only a matter of time before it was virtually impossible to avoid reminders of the crisis that continues to grip the world, and it’s hard to imagine that anyone who’s gone out in public in the past ten months or so wouldn’t notice something is amiss even if they’d somehow managed to avoid any news concerning COVID-19.

This is especially true if you live somewhere that hasn’t exactly done a stellar job of flattening the curve—like the United Kingdom, which initially put a number of measures in place that seemed to be doing a fairly adequate job until cases started to spike early in the fall and sparked a dramatic rise the country has had trouble curbing.

England alone has seen almost three million people contract a disease that has resulted in close to 80,000 deaths, so it’s hard to imagine that residents of the biggest town in one of its counties were somehow unaware of its existence. However, according to Hampshire Live, that’s the excuse multiple people decided to go with after police in Basingstoke busted a party on the night of January 16th.

The department responsible for breaking up the gathering seemed fairly baffled based on the statement it released on Twitter, as residents of the county where they enforce the law are currently required to remain inside their homes unless they have a legitimate reason for leaving them (sadly, “getting your party on” is not featured on the list of exemptions).

Officers attended address in Basingstoke following several reports of a party at an address, and breaching lockdown guidelines. The occupants were spoken to and claimed to be unaware of the global pandemic, as they never watch the news! #ThereAreNoWords #PoliceControlRoom

As someone who repeatedly got written up in college for underage drinking-related incidents I maintain I totally, definitely had no involvement in to this day, I can understand how desperate these people were to come up with any excuse to avoid the discipline they’re facing as a result of the investigation that’s currently being conducted.

Unfortunately, the “I Didn’t Know I Couldn’t Do That” defense rarely works as well as Dave Chappelle would lead you to believe.

I’m obviously not going to laud these people with praise for the ill-advised decisions that resulted in them getting in trouble, but with that said, I can’t help but respect them a little bit for going with such an absurd excuse. Sure, it might not have worked, but you can’t blame them for trying.