This New A.I. Can Detect Password Sharing And You Might Actually Have To Pay For Netflix Now 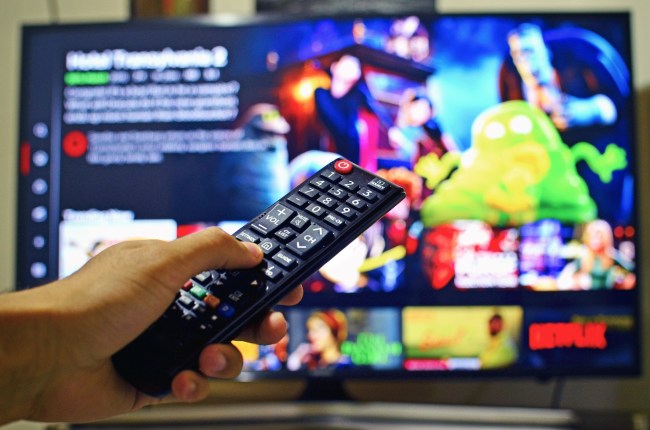 Part of me pines for the days when you had to make the trek to Blockbuster if you were in the mood for a movie, and while I enjoyed the thrill of the hunt while browsing the aisles, I don’t miss the late fees or having to rewind a tape because the person who rented it before you wasn’t kind enough to do it themselves.

I really miss Blockbuster Video. It was better when it cost 3.99 to borrow a movie, which more than likely they didn't have in stock, for 24 hours and pay a ton of money in penalties if you didn't make it on time.

Yes, Blockbuster Video was the best.

Nowadays, you’ll have to travel to Oregon if you want to get your Blockbuster fix thanks in no small part to Netflix, which changed the game forever over a decade ago when it ushered in the glorious era of streaming.

A monthly Netflix subscription is an absolute bargain when you consider it’ll cost you around the same amount you would have paid to rent a couple of new releases back in the day.

However, it’s not exactly a secret that more than a few people are more than happy to dole out their Netflix passwords. The company loses an estimated $400 million per year thanks to viewers who still have access to the account belonging to their college roommate’s ex-girlfriend.

When your girlfriend/boyfriend breaks up with you but they're still using your netflix pic.twitter.com/flj2k6rXUb

In the past, Netflix has been pretty lenient when it comes to letting multiple people use the same account but there’s a chance things could change in the near future thanks to some evil geniuses who dreamed up A.I. designed to crack down on password sharing.

According to The Verge, software company Synamedia recently showcased their new tech at CES 2019, which uses a few factors to detect when an account is being abused— including the number of devices being used and how frequently content is being viewed.

Jean-Marc Racine, the Chief Product Officer of Synamedia and a total narc, explained one way the company could detect an offender:

“A typical pattern would be you have a subscriber that is simultaneously watching content on the East Coast and West Coast of the US. That’s unlikely to be the same person.”

Racine‚ who was definitely the kid who reminded his teachers if they forgot to collect the homework, also explained the motivation behind the software:

“Our new solution gives operators the ability to take action. Many casual users will be happy to pay an additional fee for a premium, shared service with a greater number of concurrent users.

“It’s a great way to keep honest people honest while benefiting from an incremental revenue stream.”

Last year, multiple cable companies announced they would start cracking down on password sharing and you have to wonder if this algorithm will make Netflix (or other streaming services) have a change of heart.