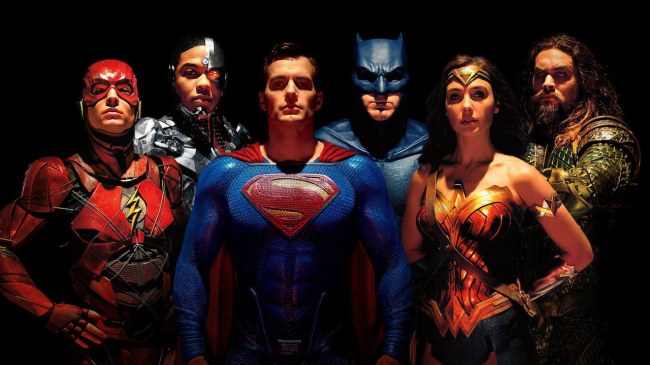 Just yesterday, I brought you the story of Deathstroke actor Joe Manganiello finally dishing some details about Ben Affleck’s unmade Batman film, which he favorably compared to a David Fincher project.

“It was a really dark story in which Deathstroke was like a shark or a horror movie villain that was dismantling Bruce’s life from the inside out. It was this systemic thing: He killed everyone close to Bruce and destroyed his life to try and make him suffer because he felt that Bruce was responsible for something that happened to him,” Manganiello said.

As promising as the project may have sounded, it was ultimately tossed in the trashbin with various other DCEU projects following the monumental disaster that was 2017’s Justice League. I’ve detailed my disdain for the film probably a dozen times on this website, so there’s no need to rehash that trauma here. The long and short of my opinion is that it’s arguably the worst comic book movie since the dawn of the Marvel Cinematic Universe back in 2008. It wouldn’t surprise me if you felt the same way.

Somewhat surprisingly, though, is that Patty Jenkins, a fellow DCEU director, agrees with the general opinion of Justice League, as she recently dunked on the project in an interview with CinemaBlend.

The Justice League? … No, I think that all of us DC directors tossed that out just as much as the fans did. But also, I felt that that version contradicted my first movie in many ways, and this current movie, which I was already in production on. So then, what are you going to do? I was like… you would have to play ball in both directions in order for that to work.

The only thing I have done, and have always tried to do, is — I knew, when Zack was doing Justice League, where she sort of ends up. So I always tried… like, I didn’t change her suit, because I never want to… I don’t want to contradict his films, you know? But yet, I have to have my own films, and he’s been very supportive of that. And so, I think that Justice League was kind of an outlier. They were trying to turn one thing into, kind of, another. And so then it becomes, ‘I don’t recognize half of these characters. I’m not sure what’s going on.’ [via CinemaBlend]

The sins of Justice League will be hopefully atoned for next year when The Snyder Cut hits HBO Max in early 2021.