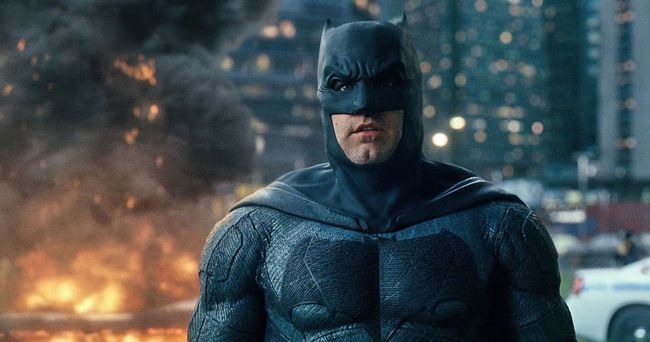 Back when Argo took home the Academy Award for Best Picture back in 2014, Ben Affleck — in the midst of a career renaissance — was considered one of the most promising directorial talents in the game. His debut, Gone Baby Gone, was an underrated and solid mystery, 2010’s The Town became a massive hit (and still is to this day), and Argo brought home awards season gold. Sure, Live By Night was a massive letdown, but prior to that, Affleck had built himself a near-perfect filmography, making the prospect of him directing a Batman movie all the more enticing.

As we now know, that Affleck-Batman project never came to be as the DCEU essentially collapsed into itself following the release of the abjectly putrid Justice League. As a result of that film’s failings, the future of the entire franchise was reshaped and Affleck’s Batman movie was put in the trash bin.

In a recent interview with Yahoo, Joe Manganiello — who would’ve starred as Deathstroke in the film — recently revealed more tantalizing details about the project as he compared it to a David Fincher movie.

In the original pitch for The Batman, Deathstroke performed a similar demolition job on Bruce Wayne’s life, systematically destroying his public status as Gotham City’s leading citizen and his private existence as its Caped Crusader. “It was a really dark story in which Deathstroke was like a shark or a horror movie villain that was dismantling Bruce’s life from the inside out. It was this systemic thing: He killed everyone close to Bruce and destroyed his life to try and make him suffer because he felt that Bruce was responsible for something that happened to him.”

Besides The Game, Affleck’s proposed storyline also bears strong similarities to “Born Again,” a classic arc from Frank Miller’s run on Marvel’s Daredevil comic book that was loosely adapted to the screen in the third season of the Netflix series. “It was really cool, really dark and really hard,” Manganiello says, wistfully. “I was very excited for it.” So was Snyder, who teased The Batman in the original version of a post-credits scene that appears at the end of Justice League where Deathstroke pays a visit to Jesse Eisenberg’s Lex Luthor. [via Yahoo Entertainment]

“It was really cool, really dark, and really hard." 🦇⚔️

Unfortunately, despite Affleck’s impending return to the cape and cowl for The Flash, it looks like we’ll never get to see his vision for a Batman project, as the reins of the franchise have since been handed to Matt Reeves and Robert Pattinson. Manganiello, though, will get another crack at playing Deathstroke in the upcoming Zack Snyder’s Justice League, which is set to his HBO Max early next year.

Additionally, at this time, The Batman — the next entry into the Dark Knight’s cinematic canon — will hit theaters on March 4, 2022.