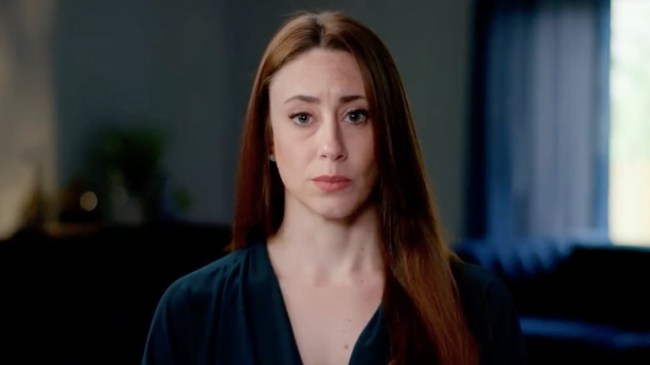 On Tuesday, Peacock released the trailer for their exclusive three-part docuseries Casey Anthony: Where The Truth Lies and the reception to the teaser — which features the accused murderer speaking on-camera for the first time in over a decade — has been far from positive.

For those who weren’t old enough or simply don’t remember, Casey Anthony was charged with the first-degree murder of her two-year-old daughter Caylee Marie Anthony, whose remains were found in a laundry bag near Anthony’s house.

Given that many who witnessed the trial felt that Anthony was guilty, the reaction to Peacock’s trailer for the documentary has been quite intense as the tweet is being brutally ratio’d (at the time of this writing, it has over 2,700 quote tweets to just about 650 likes), with some people saying they’re going to cancel their subscription over this documentary.

The modern “if I did it”
What a joke https://t.co/1aUf3p0maV pic.twitter.com/3LJVcb7tHG

“This is morally bankrupt. Just canceled my Peacock subscription. Who else is with me?” shared this Twitter user.

This is morally bankrupt. Just cancelled my @peacock subscription.

“I don’t have a Peacock subscription but if I did, I would cancel it over this,” said on tweeter.

I don’t have a peacock subscription but if I did I would cancel it over this https://t.co/pUypX9jOzD

This is reprehensible. Can’t believe you all are giving her a platform. So glad I don’t have a peacock subscription. https://t.co/FowNpYv8Xw

Who asked her to break it ? She killed her child , lemme unsubscribe from peacock. https://t.co/Y1HTRBgCvh

Imagine giving this piece of shit money to 'tell her story'

Peacock’s unveiling of the trailer for Casey Anthony: Where The Truth Lies comes shortly after the Netflix series Dahmer — based on heinous serial killer Jeffrey Dahmer — broke all sorts of records for the streaming giant. As a result, Netflix announced that the Monster series had been renewed for another two seasons.