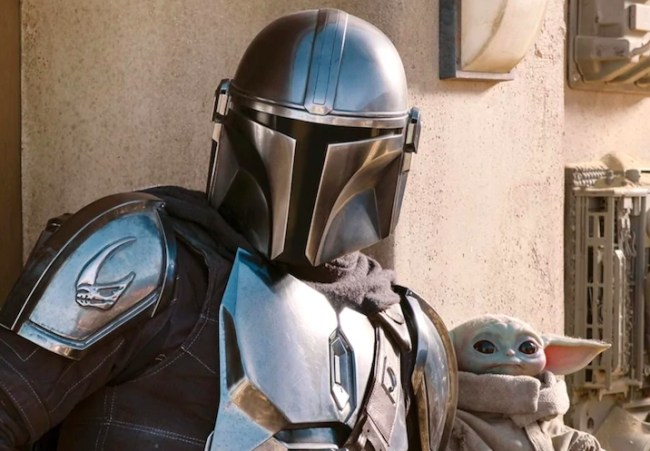 Few things can instantaneously shoot a vertebra-cracking douche chill up my spine quite like an actor being described as “brave,” a term typically reserved for attractive people who willingly uglify themselves with the help of a makeup artist or insist on doing their own “stunts” that a random person plucked from the street could probably pull off if they had a couple of hours to train for them.

I’m not saying acting is easy. Some people work their entire lives in the hopes of at least earning a bit part in a movie or show; balancing full-time jobs with classes and auditions while trying to land a role and hoping an influential Hollywood figure won’t swoop in and harness the power of nepotism to get his niece signed onto a project without her having to attend a single casting call.

Of course, you can spend your entire life attempting to hone your craft, but at the end of the day, some people simply lack what it takes to reach the levels they aspire to. Sure, anyone can learn to ride a bike with a little bit of practice, but even if you put in the 10,000 hours Malcolm Gladwell claims you need to master something, you’re not going to be magically presented with the opportunity to participate in the Tour de France just because you want to.

The same can be said for acting, as enthusiastically singing the praises of the softness of Charmin’s toilet paper in a commercial doesn’t require the same amount of skill to inhabit a character with deep and complex emotional flaws in the way Daniel Day-Lewis used to do every few years when he appeared in a movie and inevitably added a few more trophies to a case already overflowing with awards.

However, there are plenty of actors out there who don’t get the recognition they deserve for the work they put in, which is currently the case with Pedro Pascal, the man behind the mask of the title character in The Mandalorian.

The Mandalorian is Disney’s first crack at a live-action Star Wars series and has been lauded with acclaim from viewers and critics alike, which is particularly impressive when you consider a sizeable chunk of the franchise’s fanbase has rebelled against the most recent films for both incredibly valid and impressively dumb reasons.

The show’s breakout star has undoubtedly been The Child (a character more popularly referred to as “Baby Yoda”) and Pascal has largely been living in its miniature shadow. However, his eponymous character is a truly compelling person with a mysterious background grappling with a multitude of problems, whether it’s safely transporting The Child back to the Jedi, tracking down his fellow Mandalorians, and surviving the various monsters and other bounty hunters he encounters along the way.

A lead character needs to have enough pathos to give the audience a reason to establish a connection with them, which is a tall task when your protagonist is someone who adheres to a religion emphasizing stone-faced stoicism and who never takes off his helmet. As a result, there was a real risk it could’ve come off as hokey or contrived, but Pascal somehow manages to pull it off incredibly well.

If you’re familiar with the ancient Greek comedy and tragedy masks your high school English teacher probably had hanging on the wall, acting while obscuring your face isn’t exactly a new practice. Of course, there’s a difference between performing on a stage in an amphitheater as opposed to in front of a camera capable of capturing the emotions your face is largely responsible for conveying.

As a result, plenty of actors who have their visage hidden will try to make up for it in other ways, which often results in them wildly gesticulating and looking absolutely idiotic in the process (anyone who’s watched an episode of Power Rangers knows exactly what I’m talking about). The fact that some of them end up dubbing their lines after filming as opposed to delivering them on set certainly doesn’t help, but even if that’s not the case, the results tend to come off as pretty ridiculous more often than not.

Whoever donned the iconic Beskar armor of the Mandalorians could’ve run the risk of overacting to a point where they called to mind a bad French mime or a Single-A baseball mascot and all but assured the show’s first season would’ve also been its last; a regrettable flop buried deep in the Lucasfilm archives alongside the likes of The Star Wars Holiday Special, midi-chlorians, and Jar Jar Binks.

WATCH the Mandalorian on Disney+

However, Pascal’s subdued approach to playing the role is what makes it work. His performance may be understated but there’s still more than enough there to let you know how Mando is feeling at any given moment. You obviously have to give credit where credit is due to the solid writers and the great bunch of directors behind its episodes, but in the end, it falls on him to put it all together.

While The Mandalorian has garnered its fair share of acclaim, that’s not all it takes to win awards—you also need a proper campaign to sway voters. It’s one of the grossest things about these ceremonies, but sadly, that’s just how it works. You can certainly try to convince the people casting the ballots to throw their support behind a guy in a suit of armor on a sci-fi western that takes place in the universe of pop culture’s biggest intellectual property, but you’re probably not going to have much success when you consider the projects they tend to gravitate toward these days.

For example, the nominees for Outstanding Lead Actor In A Drama Series at the 2020 Emmys were:

What do they all have in common? For one, I haven’t seen any of the shows they’re in, so I admit I could be a bit biased. With that said, I’m also pretty sure all of those people share one notable similarity: you can see their faces plain as day, allowing them to use theirs to do the bulk of the heavy emotional lifting, a luxury Pascal doesn’t have.

Pascal is far from the first person to get snubbed like this; Andy Serkis has been doing this shit for decades and still hasn’t gotten any of the respect he deserves as far as awards are concerned. I like to think that society will one day reach a point where we acknowledge some of these alternative performances, but even if I can’t convince critics to listen to me, maybe I can at least get a few of you to stop obsessing over Baby Yoda for a bit and try to appreciate the true star of the show.