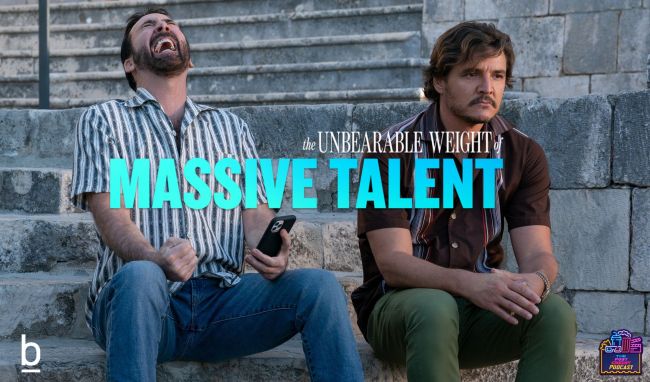 Pedro Pascal’s rise to stardom over the last few years has been virtually unrivaled, as the 47-year-old star has gone from playing supporting roles on TV series to leading flagship franchises like The Mandalorian.

Of all the roles he’s taken on, though, that of Javi in The Unbearable Weight of Massive Talent might have been his most challenging yet as he was tasked with going toe-to-toe with the iconic Nicolas Cage, a performer that Pascal says he’s idolized for decades.

During a recent interview with BroBible’s Post-Credit Podcast, Pascal detailed what his psyche was like as he prepared to share the screen with Cage and how the nature of his character made it necessary for him to be the 58-year-old Oscar winner’s “bitch” while filming the movie.

BroBible: “What is your psyche like heading into day one of shooting? Because not only are you starring alongside Nick Cage, an iconically scene-stealing performer, but you’re starring alongside Nick Cage who’s playing himself. Is there an element of trying to go toe-to-toe with him, or not wanting to be blown off the screen? I’m just curious what it’s like starring hand-in-hand, right alongside such an iconic performer like him.”

Pedro Pascal: “If I was going to do my job correctly — to be intimidated is completely natural — but to be worried that they’re going to blow you off screen wouldn’t really be good logic for the heart of the character. So, it was really easy to anchor myself into admiration and worship and if he wanted to blow me off the f—ing screen, he always allowed to blow me off the screen. If he wanted to invite me into the scene, if he wanted to give me light, if he wanted to take it away — I was his bitch, basically. And I felt like that was the right thing to do for the character and to tell the story. And, of course, he wouldn’t do any of those things, he’s a complete professional, he’s an incredible scene partner.”

Pedro Pascal: “There was almost something about, I don’t know, reawakening the things that you care about and why you got into it in the first place, because he’s still challenging himself, he’s super prepared, he’s coming up with new ideas, and, honestly, it was an incredible challenge to rise to but it was mostly a really beautiful inspiration and a reminder of why I had this fantasy to start with and then study and then job. It was because of how he feels and how he treats acting.”

"I was his bitch." 😂 pic.twitter.com/SUfuPxYMvI

RELATED: Nicolas Cage Shares A Sneak Peek Of The Inspiration For His Dracula Voice In ‘Renfield’ (Exclusive)