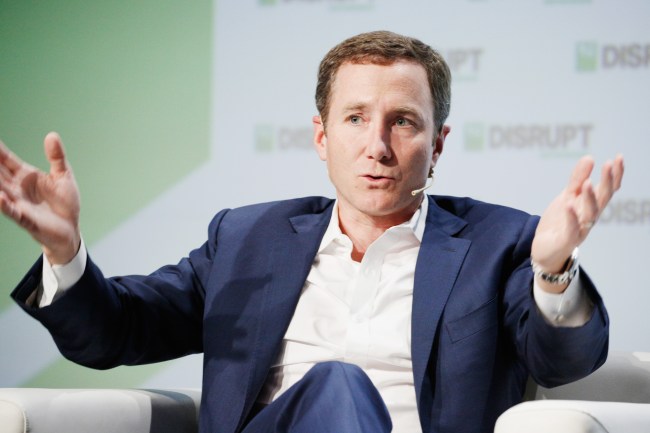 We all get thirsty in the morning. But Peloton co-founder John Foley takes thirstiness personally:

Twenty years ago a colleague told me the key to your day is to hydrate at much as you can, so the first thing I do is drink 40 sips of water from my hand at the upstairs bathroom sink. It’s efficient. I drink until I feel like I’m going to throw up water. Every day.

40 sips. I would love to get some clarification on that. Does that mean he’s creating a cup with both hands and filling it to the brim of his thumbs before carefully drinking the pooled water within? Unless John Foley has the tiniest hands in the game, that’s a preposterous thing to do 40 times.

Or, given that he said “sip” instead of “gulp,” is it a tiny splash of water? 40 dainty hand sips seems more annoying than challenging.

All of this begs the question: why doesn’t he turn his head sideways and put his mouth under the stream like it’s a downward water fountain? Seems much more efficient, and one would think that the founder of Peloton would know something about efficiency.

I’ll admit that I don’t love the feeling of drinking water sideways. The water sloshes down my throat the wrong way and I often come up sputtering. The line between hydrating and waterboarding is razor thin at that angel. To avoid this, I’ll sometimes create a sort of run-off spout using my hand. So I go tap > hand > mouth. You figure these things out when you’re a child forced to take multivitamins that must go down perfectly or else you lodge a bullet-sized chalky pill in your esophagus all day.

From what I’ve learned, most successful CEOs are creatures of habit. Sometimes those habits are weird. Whatever it is, I love your product John. Even if those 45-minute Alex Toussaint HIIT rides can be a handful!