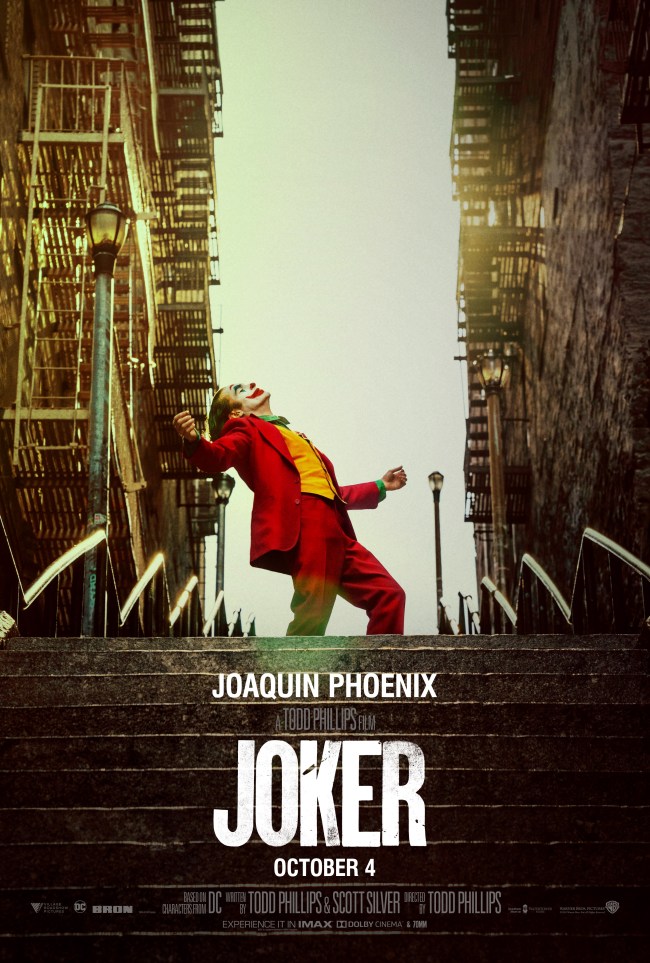 In news that should surprise no one who has been conscious the past several years, people, especially “influencers,” have been flocking to the infamous stairs in the Bronx featured in the Joker movie. And in other news that should also surprise absolutely no one, it’s making residents of the Bronx very upset.

The stairs are located along West 167th Street and listed as being at 1165 Shakespeare Ave. in the Bronx. We know this because there, as of this writing, 945 posts on Instagram with the hashtag #jokerstairs and who knows how many more on Twitter.

U.S. Representative for New York’s 14th congressional district, and Bronx native, Alexandria Ocasio-Cortez told TMZ, “When I was growing up, everyone would tell us to stay away from those steps or go with a friend.”

She also would prefer it if tourists didn’t make such a scene, saying, “I think the way a lot of us feel is, listen, like, keep your Instagram posts outside of the Boogie Down. Like, this is for us.”

AOC, however, was just being nice – something other residents of the Bronx haven’t felt compelled to be in their social media posts about #jokerstairs.

It’s really called the Joker Stairs on google now (I just searched it).

Please, if you’re reading this and you’re not from around here (or ever been to the Bronx, Yankee stadium does not count) PLEASE DO NOT COME HERE.

Dear Tourists, Stay away from these " #JokerStairs ", we really don't want y'all there. Poor areas aren't fucking tourist attractions.

This really a tragedy pic.twitter.com/AsSFoP3cN1

Go to the #Bronx to see the #167stairs aka the #Jokerstairs and learn the hard way about the Bronx. By all means do it. 🙄😑 pic.twitter.com/OP6LcGO4fE

Others just felt the need to issue a warning.

Why are they promoting the stairs on West 167th in the Bronx as a tourist location? Just because the Joker danced down them in a movie?! White folks, that's a sure fire way to get robbed at gunpoint! Those stairs are legendary… For criminal activity. 😂😂😂

If y’all keep going to “the joker stairs” y’all gonna end up getting robbed and ya ass beat and really look like a clown, watch. pic.twitter.com/qMG9vhatGJ

those awful stairs on 167 are now renamed “the joker stairs” so i just want to remind everyone that the bronx is not a friendly place for tourist attractions you will get robbed beloved pic.twitter.com/YJuiiAreEM

For people out there taking pictures at those stairs off 167 " joker stairs " , I would advise you to stay away as a young 18 year old Brooklynite , I've seen a nigga get thrown down them shits at 4 pm , you have been warned #Jokerstairs #bronx

Now everyone wants to take pics at the 167 stairs! Ok, I don’t wanna hear shit when people either get robbed or break an ankle. 😂🃏 #Joker #TheJokesGonnaBeOnYou Siguen Jodiendo! 🤦🏻‍♀️ #TheBronx pic.twitter.com/EbajF5yPEH

For what it’s worth, Bronx Borough President Ruben Diaz Jr. tweeted that he hopes all these people visiting the #jokerstairs “decide to spend money while they’re here in our local businesses and vendors.”

Come for the stairs, stay for the GSW.