People Are Paying Almost $300K For NFT Rocks, Which You Can Download For Free Right Now 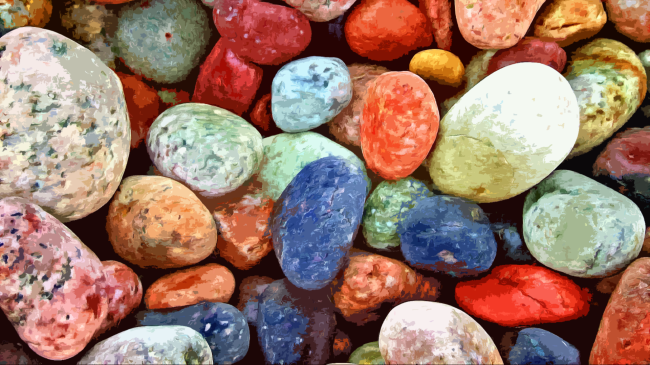 Despite the fact that non-fungible tokens (NFT) aren’t actually real things, they are just digital facsimiles of a real thing (sometimes not even that), the market for some of them is still going through the roof. Even when it makes absolutely no sense whatsoever.

Case in point, clipart of a rock that anyone can download for free is being sold for almost $300,000.

Called EtherRock, these NFT rocks currently have a top price of $272,679 and that number is expected to actually go up.

Related: Lindsay Lohan Drops New Single As A NFT, Explains Why They Are The Future Of Entertainment

Launched in 2017, EtherRock was one of the first crypto collectible NFT-type projects on the Ethereum blockchain, having launched shortly after CryptoPunks. Only 100 rocks can ever be available, and each new virgin rock gets more and more expensive. This game is built entirely on the Ethereum blockchain, with a decentralized smart contract (deployed here) used to manage everything including the buying and selling of rocks, their prices and owners (though this website is still necessary so you can see pretty pictures of the rocks).

These virtual rocks serve NO PURPOSE beyond being able to be brought and sold, and giving you a strong sense of pride in being an owner of 1 of the only 100 rocks in the game 🙂

Amazingly, the site says all 100 of the NFT rocks have been sold.

However, you can still purchase non-virgin rocks “if they have been listed for sale by their owners. Beware of any other projects claiming to sell rock NFT’s, which may either be scams and/or using buggy exploited contracts (e.g. ‘etherrockoriginals’).”

They also report that in one day this week more than $664,000 total has been spent on the clipart rocks that, as we already said, you can have for free.

Some have yet to be completed minted 👀