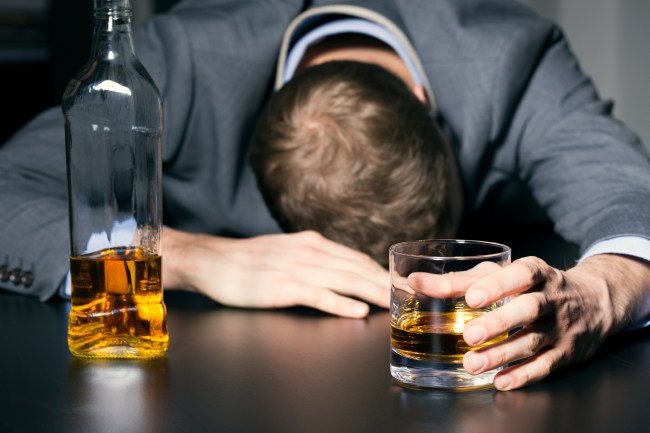 I don’t think there’s a person reading this right now who wouldn’t agree that a glass of whiskey and/or a puff of the devil’s lettuce wouldn’t do them good in dealing with the stresses or boredom in the workplace. Every Friday at around 2 pm, I get the itch and it takes everything in my power not to crack open a cold one and preemptively get the party started.

I am not the only one, according to a new study done by drugabuse.com. Their team conducted a survey to determine many people from a random sample have used illegal drugs or alcohol while at work.

The survey sound that a little under a quarter of people admit to having used drugs or alcohol in the workplace. 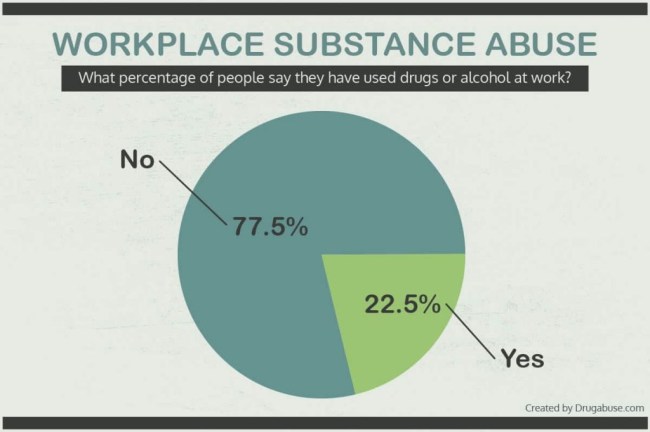 Over one in five respondents say they have smoked weed at work. Here’s the breakdown of their frequency: 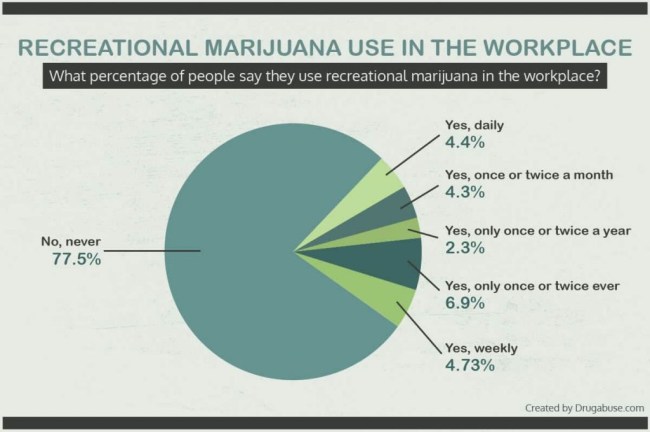 Alcohol is the overwhelming substance of choice in the workplace, followed by marijuana and Adderall or Ritalin. The survey found that a few people have even done meth on the job, which seems like a goddamn undertaking. 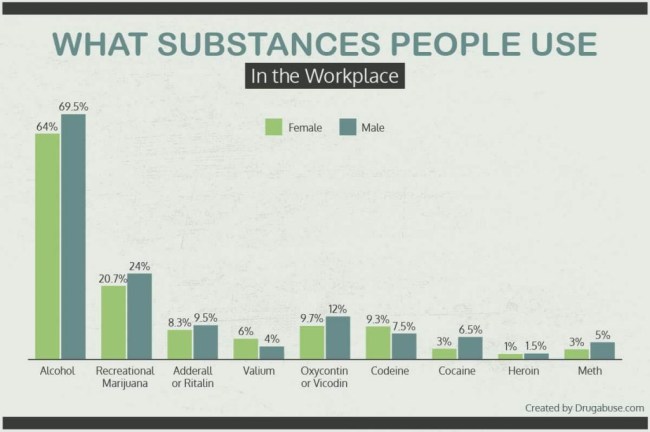 A lot of companies aren’t really comfortable having a discussion  (about addiction) with employees. We’re in an epidemic: virtually everyone’s workplace has been impacted or will be impacted for the foreseeable future.’