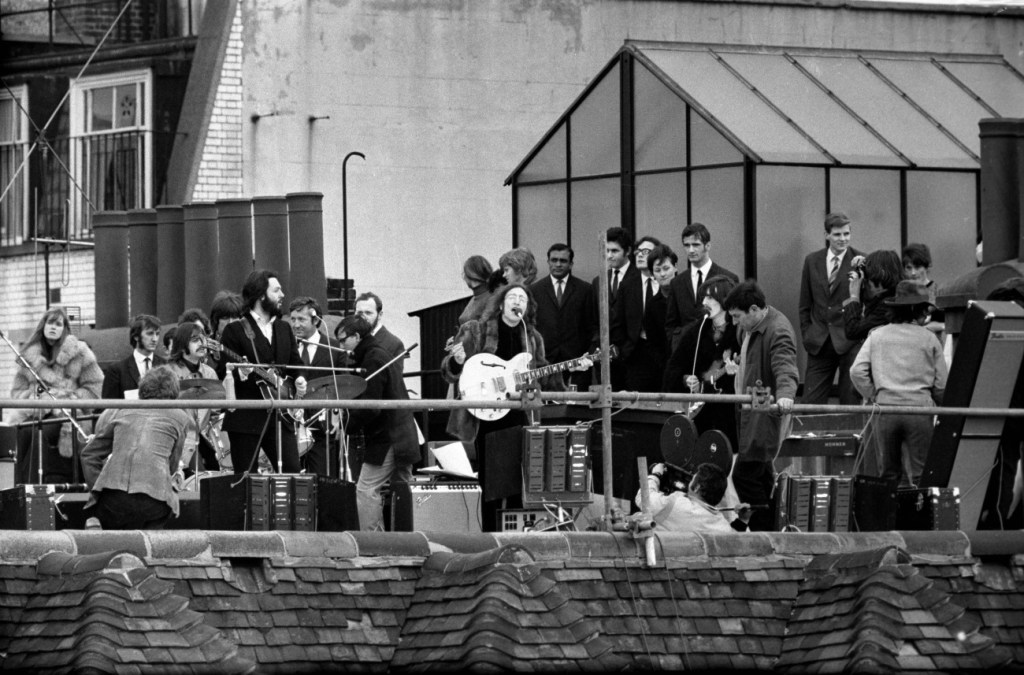 Like millions of people, I spent around 8 hours over the Thanksgiving holiday weekend watching director Peter Jackson’s Get Back documentary of The Beatles on Disney+ and I loved just about every minute of it. I say ‘just about’ because Yoko Ono inserting herself into so many moments she had no business being a part of drove me insane, as did the young officer at the end who ruined all the rooftop fun.

Get Back is raw footage of the biggest musicians on the planet hanging out together in the studio for two weeks. After years of playing together and growing up together, they’re on the verge of breaking up in this documentary and it’s a time machine that shows us what they were like together at that moment in time.

According to director Peter Jackson, Disney didn’t exactly love what The Beatles were like at that moment in time and they wanted some major changes. John, Paul, Ringo, and George can be seen chain-smoking and drinking throughout the entire documentary. Smoking and drinking are a massive part of the Get Back DNA and Peter Jackson told NME that Disney wanted all of that cut:

That’s particularly odd because Peter Jackson described showing the footage to Ringo and Paul and expecting them to request major changes. The two living members of The Beatles didn’t want him to change one single thing about it. Not a single line of dialogue. But they did offer feedback on the emotions of watching Get Back after all these years:

“When they got to see the finished thing, I was expecting notes,” Jackson said. “It would’ve just been normal to get a note saying: ‘Oh, that bit where I say that – could you cut that out?’ Or ‘could you shorten the conversation there?’ And I didn’t get a single note. Not one request to do anything. “One of them said that they watched it and found it one of the most stressful experiences of their entire life. ‘But I’m not gonna give you any notes.’”

“Paul describes it as being very raw,” Jackson added. “He said to me: ‘That is a very accurate portrayal of how we were then.’ Ringo said: ‘It’s truthful.’ The truthfulness of it is important to them. They don’t want a whitewash. They don’t want it to be sanitised. (via NME)

Ringo Starr, Paul McCartney, and director Peter Jackson ultimately won out and Disney backed down on the smoking + drinking requests. If you haven’t watched it yet, do yourself a favor and start with the trailer:

Frankly, it would’ve seemed odd if all of that was cut out. Chain-smoking is just what people did back then. Everywhere people went they were firing up cigarettes and Paul also smokes cigars throughout. They are also constantly drinking wine in a stressful situation.

Two of the band members briefly quit during the Get Back documentary before resolving their issues and pulling off the rooftop performance which would be the last time The Beatles ever performed in public. That obnoxious young cop who shuts it down prematurely, claiming they got 30 complaints in a matter of minutes, robbed the world of additional performance footage of The Beatles. He and he alone are to blame for that and I hate him for it…. end rant…

Get Back is streaming on Disney+ right now in 3 episodes, each running about two and a half hours, and it’s worth every second of your time to go watch it today.