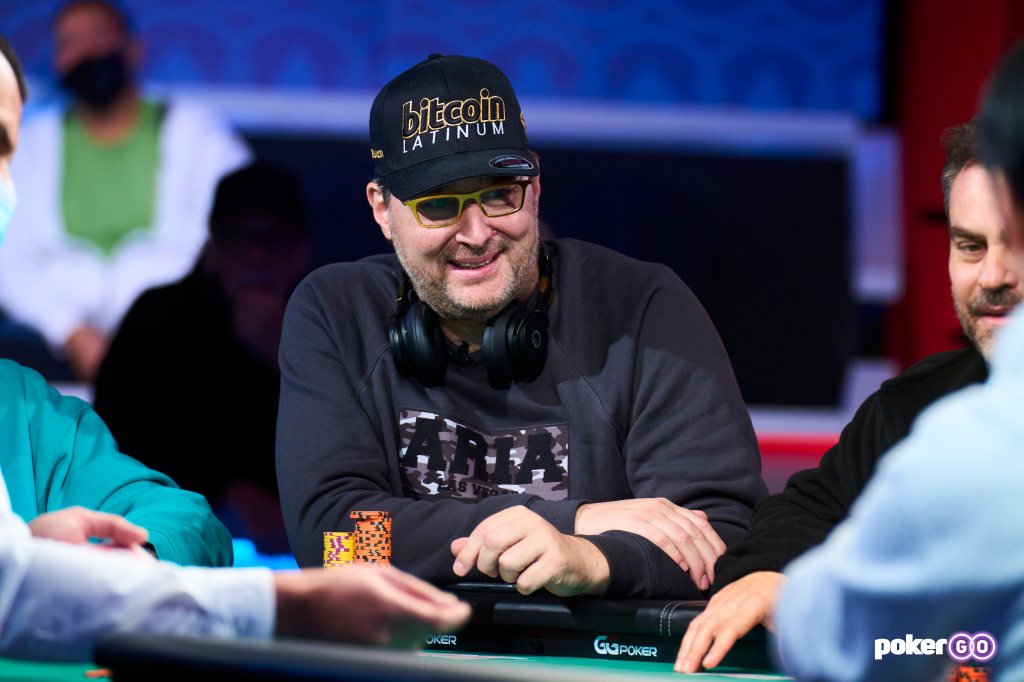 If there’s a ‘household name’ in the World of Poker it’s Phil Hellmuth. Don’t get me wrong, there are a LOT of poker celebrities but you could stop one hundred guys on the street in America and I’d bet that 90 of them would know who Phil Hellmuth is or at least recognize the name (primarily) from his World Series of Poker features on ESPN over the years.

It’s not Phil Hellmuth’s ‘Poker Brat’ personality that has made him a poker celebrity. He’s a bonafide poker genius. The man has 15 World Series of Poker bracelets, he’s made 64 WSOP final tables, and he won the WSOP Main Event in 1989 amongst countless other accomplishments in Poker. But the Poker Brat personality and his infamous rants have certainly helped raise his profile on TV…

In the clip below, Phil Hellmuth was staring down the opportunity to win his record 16th World Series of Poker bracelet (he holds 15, which is also a record) in the $10,000 Seven Card Stud event. Phil was at the final table when things unraveled and he channeled the brattiest brat that ever bratted in the history of poker brats.

If you are disturbed by profanity then this clip isn’t for you. Phil Hellmuth unleashes 40+ f-bombs over the span of just four hands. But if you want to see one of the most epic Poker Brat rants of all time then hit the play button on that PokerGo video below (and subscribe if you like poker news)!

Phil Hellmuth exited the final table in 4th place and cashed for $54,730. This final table was STACKED. James Chen is a former bracelet winner and he finished in second place for $113,024. Jose Paz-Gutierrez was Day 1 chip leader and finished in 3rd place for $77,227 and has 14 lifetime WSOP cashes. Poker Hall of Famer Jack McClelland finished in 5th for $40,284, and the players finishing in 6th, 7th, and 8th, had also each previously won a World Series of Poker bracelet.

In total, there were 20 bracelets at the WSOP Event #19 $10,000 Seven Card Stud Championship final table and two Poker Hall of Famers. If that’s not the most stacked final table of this year’s World Series of Poker run of events I’ll be shocked.

And this has been an exciting World Series of Poker run of events soo far. Check out this PokerGo video I wrote about yesterday where AA loses all-in to 72.