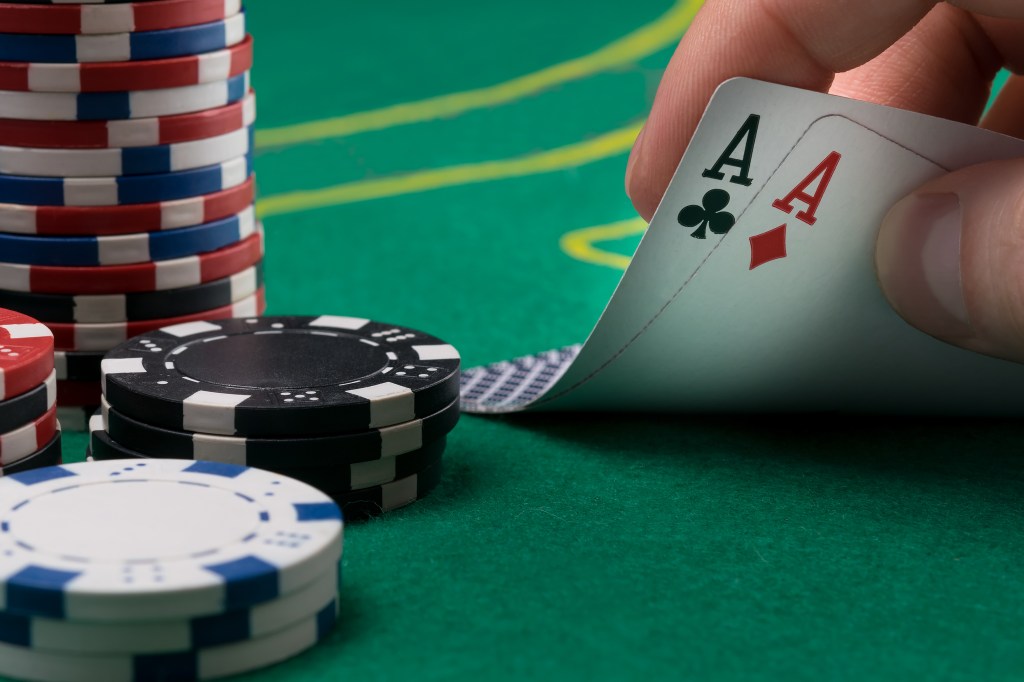 In No-Limit Hold’em poker, 7-2 offsuit is the worst possible starting hand. It is the hardest hand to make a straight, flush, and you’re left with the worst pair opportunities. Getting down to the brass tax, 7-2 offsuit has just 34.58% equity against any random hand in poker.

Those percentages go up a bit to 38.16% for 7-2 suited because the chance of hitting a flush goes up but your straight and pair opportunities are still trash.

On the flip side of this is AA, the best possible starting hand in No-Limit Hold’em poker. Pocket Aces aka Pocket Rockets win 85% of the time against any random hand in poker. Meaning if you’re going all-in preflop, you have an 85% chance of winning with those starting cards every time they show up.

Now to the clip below. At the $3,000 No-Limit Hold’em World Series of Poker final table Brandon Caputo looks down to find AsAd and tries to extract as many chips for his pocket rockets as possible. Caputo had 1.8 million in chips while Harvey had over 9 million in chips with 7d2s.

The Aces get cracked and Caputo is sent walking in this excruciating hand, watch the action unfold:

Brandon Caputo was eliminated in 5th place and received a payday of $87,288 in the $3,000 buy-in event. That’s a nice consolation prize after a horrible bad beat. The man woke up to find AA at the final table and lost to a 7d2d flush after seeing runner-runner.

For what it’s worth, Harvey Mathews kept running great in the $3,000 No-Limit Hold’em World Series of Poker tourney. He steamrolled the final table and won $371,914 and took home a WSOP bracelet for his efforts. Gabriel Andrade finished in 2nd place with $229,848.