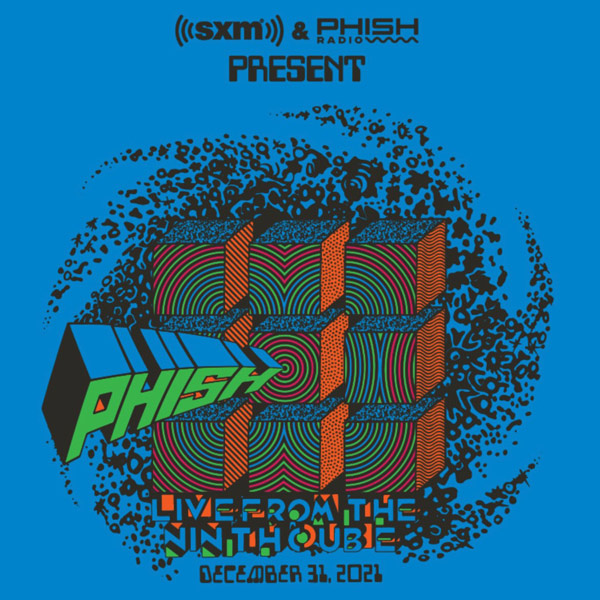 That was the theme for New Year’s Eve 2021, especially for the improvisational rock band Phish.

With COVID cases spiking around the United States, Phish had to reschedule their four-night New Year’s Eve run at Madison Square Garden. The shows have been moved to April 2022, pending whatever happens with the New York Knicks.

Instead of a show at MSG with 20,000+ in attendance, Phish performed a free, three-set show from “the Ninth Cube” – a space and concept filled with the band’s hallmark mystique and intrigue.

Part of Phish’s Dinner And A Movie series, production costs for the show were generously underwritten by SiriusXM to make the stream free, with the show available to watch now via The SiriusXM app.

Step 1: You can sign-up for SiriusXM here, with your first three months free for new subscribers via the SXM app.

Step 2: Download the SiriusXM app on your desired device. If you have a smart TV, you can download the SiriusXM app and watch on supported smart TVs from LG, Samsung and Sony. SiriusXM is also available on a wide range of media players and connected devices from Samsung, LG, Roku, Sony, Amazon, and other manufacturers that you can connect to your television. More information on supported devices here via SiriusXM.

The performance will be available on-demand via the SiriusXM app until the end of February – Don’t miss it.

The idea of Live Phish, without an audience, is pretty atypical as far as the Phish canon goes. But it’s been an atypical last couple of years for everyone, let alone America’s premiere improvisational rock band.

You either get Phish in a massive venue with thousands of people in the crowd or perfectly executed on an album, exactly as they want you to hear them.

Very rarely do we get a sense of what Phish would sound like in an empty venue, jamming through a studio-caliber console.

And that’s why this moment of Phish is so special – Like so many things the band has done over the years, it doesn’t fit neatly into a box. It’s a response to the times while also rising to the occasion.

As you guys know, we’re pretty passionate about Phish here at BroBible. For me, personally, 2021 was the year I saw the most Phish live in a single year – 18 shows total on both coasts, great times all around.

As such, I thought I’d share some takeaways on Phish Live from the 9th Cube.

Without further adieu, a handful of highlights from the Phish 2021 New Year’s Eve show.

Every Phish show has a different sonic vibe. Venue acoustics and atmosphere noise bleed naturally bleed their way into the mix, all part of the fun when it comes to the relistening experience.

But this mix? It’s Phish captured in a quality that, frankly, is jaw-dropping. It’s Trey, Page, Mike, and Fishman performing live with a recording quality that many have never heard before.

The clarity is stunning and makes me hope for more Phish in a soundstage environment someday. You know, when it feels right and all that.

First time played since 10/24/2010, a 389 show gap. Fun to see such a playful composition about the fleeting passage of time dusted off and taken for a walk in the first set.

Slave To The Traffic Light

If you caught a Phish show or three over the years, you know that it’s mostly all-business when the lights go down. Live from the 9th Cube, however, with 60,000 watching? They can loosen up a little bit between songs, taking in comments from the livestream chat.

Personally, I found it to be such a treat to see the band so relaxed, in an environment that almost feels like a rehearsal. As an audience, seldom do we get to hear the band talk amongst themselves on the stage.

Also – note the outfit changes in the videos. Especially Page’s shirts and Trey’s hoodie. Without spoiling anything, the set 3 hoodie is particularly apropos.

You Enjoy Myself is always a monster, but this one… This one was special. Clocks in at 21:35, with some delightfully spacy interludes in the jam. Page going full-throttle on the Wurlitzer is such a blissfully funky sound under Trey and Mike.

It’s quite sublime. I found myself raging in my living room to this one.

What a way to ring in the New Year, right? It might not be the party anthem one would expect in an arena. But it’s an optimistic reminder for positive things to come in the year ahead.

No encore, because encores are for shows with audiences. But sending us on our way is a Harry Hood that goes the distance, with Trey’s tone interplaying beautifully with Page straddling a Wurlitzer again with the ivories.

Anyway, enjoy and see ya out there.

Set II: Sigma Oasis > Down with Disease[2] > Miss You, You Enjoy Myself > Frankie Says > Mercury > Possum, A Life Beyond The Dream

[1] Lyrics changed to “before you slip into the bedroom.”
[2] Unfinished.
[3] Fish on Marimba Lumina.

WATCH HERE VIA THE SIRIUSXM APP 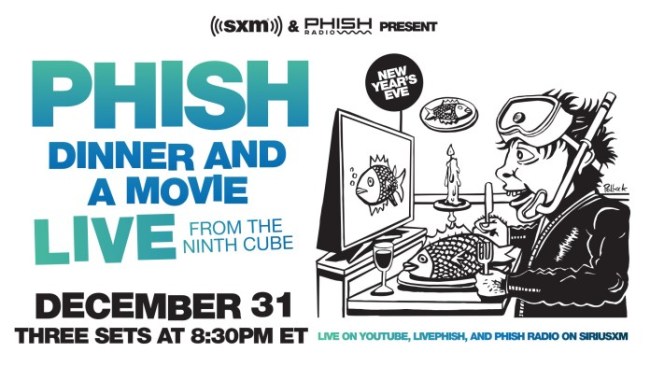