A Photo Of Ariana Grande Defying The Laws Of Physics Has Gone Viral, Twitter Is Hilariously Baffled 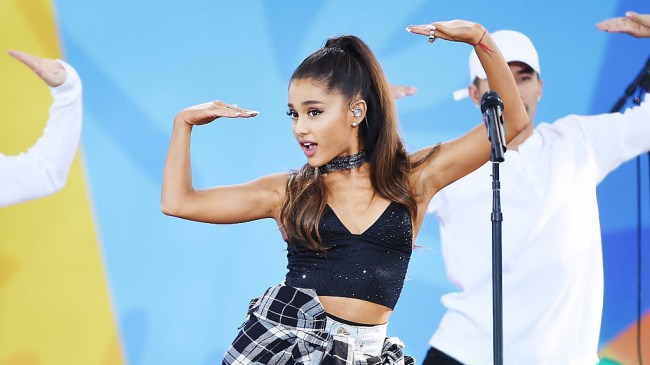 Way back on August 25, 2014, Ariana Grande released an album entitled My Everything.

It came and went, had sold 692,000 copies in the United States as of March 2016, and has been pretty much forgotten by all but her most diehard fans.

That is, until someone named Jesse McLaren took a hard look at cover of the album and came to a conclusion that has now baffled and entertained Twitter to the tune of more than 1,300 comments, over 123,000 re-tweets and an amazing 370,000-plus likes.

“I’ve done the research and there’s no way her ass is sitting on that stool,” McLaren wrote in a tweet that showed both the album cover as well as himself trying to replicate it.

I've done the research and there's no way her ass is sitting on that stool. pic.twitter.com/AIGNpcJn6G

This being the internet, naturally, other folks decided to try the same pose to see if it was actually possible…

pretty hurts. I remade it because I strive for perfectionist pic.twitter.com/msiz4AIVPD

hard to control for variables like stool size but i think it’s real pic.twitter.com/gWMKgC5gvW

Others still didn’t believe it was possible…

I want a whole Grande scientific analysis, like the one done to test whether both Jack and Rose could fit on that raft.

Me trying to figure out how @ArianaGrande did that pic.twitter.com/LC8nJ9Gb6D

Some sort of anti-gravity going on in this picture. Finding it's source could change mankind.

She's also only the size of an adolescent hobbit, so that has to play into it

The balance is contained in: front leg (strength) & aided by shoulder & ponytail. The magical properties of high heels: you need a sensei 4.

While others just marveled at how incredible the internet is…

Twitter: How is Ariana Grande balancing herself on a stool on the My Everything cover?

The stuff that becomes Moments these days….smh

Because this was generating so much interest, McLaren decided to hell with it and went directly to the source.

We're on Twitter so I'm gonna give this a shot. @ArianaGrande did you actually balance on a stool like this or is it Photoshop? https://t.co/BSHCvaeRs3

next week on mythbusters https://t.co/1tgyXtfyC6