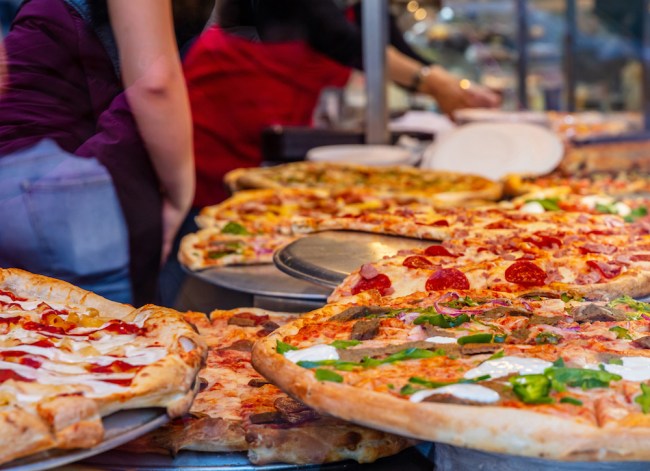 During a time of crisis, people tend to be a little kinder to one another.

If you’re old enough to remember 9-11, you probably remember everyone being just a little bit more compassionate to their fellow man.

Unfortunately, a crisis also brings out the worst of people.

There are always scammers and jerks ready to jump on the opportunity to make a quick buck. Money and greed are two huge motivators.

This guy, however, wasn’t looking to make money. He just wanted to be a massive dick.

New Jersey police spent most of Friday searching for a man who called more than a dozen pizzerias and restaurants across the state during the coronavirus outbreak and placed large orders he claimed were for local police departments.

He never showed up to pick up the orders or pay.

When pizzeria employees called the guy back, he berated them on the phone and “wishing the virus on Italians.”

In fact, the alleged prankster doesn’t even live in the state.

Sudeep Khetani, 34, whom police believed was living in the Orlando, Florida area, was charged with theft, but investigators were also looking to see if his alleged crimes were bias in nature or could be considered cyber harassment, according to a release from the South Brunswick Police.

According to reports, Khetani is no stranger to asshole activity. He’s on probation for selling fake Disney World tickets.

Pizzerias and restaurants in the Garden State have been donating food to police and local hospitals since the pandemic hit in early March.

Many of the businesses that Khetani targeted were ones that had done just that, police said.

New Jersey is the second hardest-hit state with over 54,000 confirmed cases and 1,932 deaths.

If you’re interested in actually helping people during this awful time, the Washington Post put together this helpful article on where help is needed most.