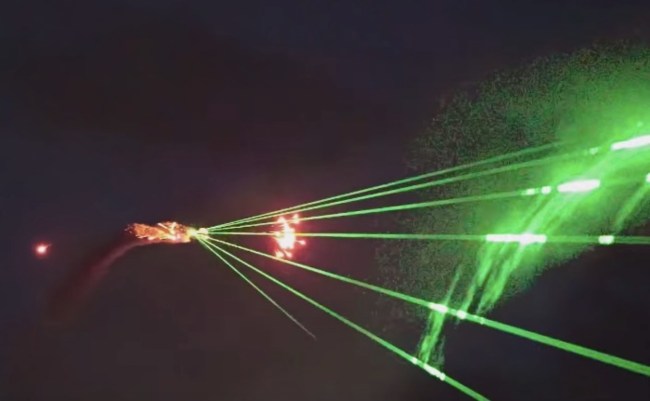 It’s hard to know for sure which type of video has a worse reputation, fireworks videos or concert clips. In both cases, you see people holding their phones nonstop and taking videos they’ll truly never watch again.

Seriously, nobody’s going back to watch ‘4th of July Fireworks 2015!’ in that iPhone album.

This, however, is worth watching a thousand times. Fireworks shows will never be the same if this catches on. This went down in Australia at the 2019 Avalon Airshow in Avalon, Australia. What takes place is a plane blasting lasers into the crowd, shooting fireworks from its wings like it’s firing the guns, and it all takes place to Sandstorm 2006 by Dream Chaser.

It’s quite possible this type of fireworks show already exists here in America and I just haven’t seen it yet but I’ve seen 4th of July fireworks shows in Florida, Texas, Las Vegas, NYC, upstate New York, and I’m sure I’m forgetting a few others…and I’ve never seen anything like this

It’s just a matter of time until someone makes the connection that we have the most powerful military in the world by a factor of a few million. Americans LOVE a good fireworks show. I used to think we were the best at them but Dubai has routinely been blowing away our 4th of July fireworks displays for years with their New Year’s Eve extravaganzas.