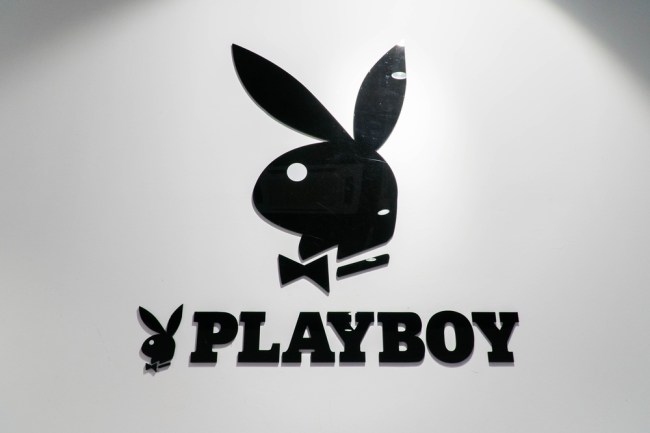 Only months after the death of Hugh Hefner, Playboy Enterprises Inc. is considering killing the publication of the print magazine. In a new Wall Street Journal report, Playboy is allegedly considering axing its iconic print magazine to focus on brand partnerships and licensing deals.

“We want to focus on what we call the ‘World of Playboy’ which is so much larger than a small, legacy print publication,” said Ben Koh, managing partner of private equity firm Rizvi Traverse and Playboy Enterprises’ chief executive. “We plan to spend 2018 transitioning it from a media business to a brand-management company.” After Hefner died in September, there has been a shift in the company’s ownership from his family to the largest shareholder, private equity firm Rizvi Traverse. Koh told the WSJ that the print magazine is a financial albatross. “Historically, we could justify the [magazine’s] losses because of the marketing value, but you also have to be forward thinking. I’m not sure that print is necessarily the best way to communicate to our consumer going forward.”

Playboy magazine has reportedly lost up to $7 million annually in recent years. U.S. circulation of Playboy has dropped to less than 500,000 an issue from a peak of 5.6 million in 1975 and the iconic magazine now only publishes six issues a year. That’s because you can see anything and everything on the internet without the shame or guilt of having someone find nudie mags under your bed. In 2011, Rizvi Traverse helped take Playboy private and in return received control of nearly two-thirds of the company. As part of the deal, Rizvi Traverse agreed to keep publishing the magazine for as long as Hefner lived. Hefner died on September 27, 2017, at the age of 91.

The print magazine was started more than six decades ago by Hefner back in 1953. In recent years the magazine has gone through several changes including banning full-frontal nudity starting with their March 2016 issue. Then the magazine walked back the no nudity decision in February of 2017. The March/April 2017 issue returned the nudity to the magazine. “Nudity was never the problem because nudity isn’t a problem,” said Cooper Hefner, the founder’s son and the company’s chief creative officer. “Today we’re taking our identity back and reclaiming who we are.”

Under the control of Rizvi Traverse, Playboy will look to garner revenue through partnerships with nightclubs and casinos. Rizvi Traverse has already signed licensing deals to put Playboy’s name on nightclubs in India and casinos in London. Playboy is one of the most recognizable brands in the world and the company hopes to use that name recognition to make money. Rizvi Traverse expects Playboy’s revenue to grow by 20% in 2018, despite the magazine’s losses.

While the magazine might not live on for much longer, Playboy may shift to where the real money is made — merchandising. You might soon be able to get Playboy: the T-shirt, Playboy: the coloring book, Playboy: the lunchbox, Playboy: the breakfast cereal, and Playboy: the flamethrower (the kids love this one). But most likely, you’ll probably just get Playboy-branded socks and hoodies.