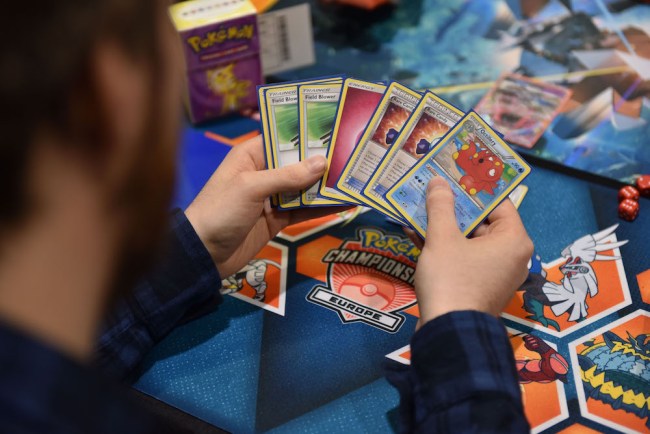 A part of Nigel Brookes’s story is incredibly relatable – back in 1999 he received a birthday gift from his mom he didn’t really care too much about. Instead of asking her to return the cards, young Nigel just jammed the gift in a closet and forgot all about it.

The unrelatable part of Brookes’s tale is that the gift was a $380 set of Pokémon cards.

Brookes didn’t really care too much for Pokémon at the time. The birthday gift was a token of appreciation from mom to reward young Nigel for standing up for his little brother, the true Pokémon fan in the family.

The older Brookes noticed that his little brother was getting screwed by older kids in his neighborhood, getting tricked into trading valuable cards for close to nothing. So he stood up for his little brother.

“I was disappointed at the time because the collection was one of my birthday presents so to me it was a waste of a present,” the now 34-year-old dad told The Mirror.

Realizing the cards might be worth something eventually, Brookes hung onto the set for 21 years.

Pokémon fever skipped over Nigel but his young daughter is a fan.  After she offered to buy the set off dad,  he decided to find out their true value.

Brookes was alerted to the fact he’s sitting on a rare collection of cards, with an estimated value of $44,000.

The collection is being auctioned off at the end of July and could fetch even more money.

Why is dad selling now?

“My kids are growing up and I want to be able to give them a really special childhood, with this money we can really set ourselves up for the future,” Brookes told The Mirror.