Pantsless Man Steals Ambulance That Leads To Police Chase, A Day Earlier High-Speed Pursuit Of A Hearse With A Body In It 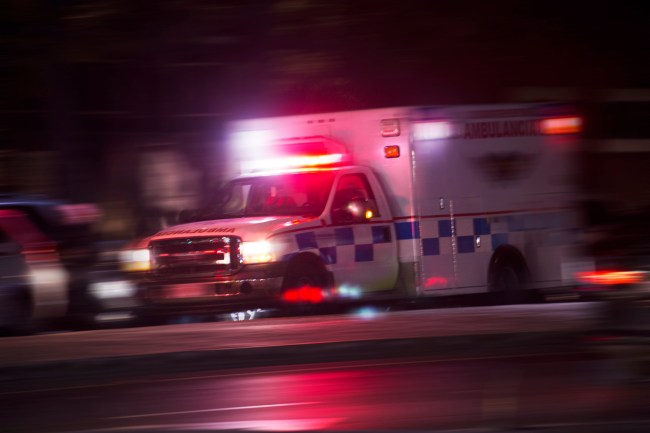 It was a great week for police chase enthusiasts. And not your run-of-the-mill, garden-variety police chases involving a beat-up 1998 Chrysler Sebring. The world was treated to two police chases of note where the perpetrator was fleeing cops in an ambulance and a hearse that had a body in it.

A pantless, shirtless man hijacked an ambulance in Philadelphia on Friday night. The gentleman went on a wild joyride that lasted over an hour; running through red lights, smashing into other vehicles, as police chased him through Philly.

I don’t know who needs to hear this, but flashing lights and sirens on the bright red ambulance don’t exactly let you camouflage yourself in with the rest of traffic.

The unidentified man in his 40s was involved in a domestic disturbance incident earlier. When the situation got hot at around 9 pm, he went all GTA and stole an ambulance. The criminal driver weaved through traffic, drove through a gas station as he attempted to evade the dozens of police cruisers as well as law enforcement helicopters tracking him down. The ambulance driver slammed into two police cruisers, according to Philadelphia Police Department Capt. Sekou Kinebrew. Thankfully, there were no serious injuries to police or innocent bystanders.

DARING ESCAPE: A suspect in a stolen ambulance appeared to be surrounded by police but narrowly escaped after smashing through several cop cars
DETAILS: https://t.co/hyZpJtOCWK pic.twitter.com/X1jR26sd2a

During the mostly low-speed pursuit, police shot the runaway driver twice in the left leg and once in the abdomen. Police finally disable the ambulance by deflating the tires to the point that the vehicle was riding on the rims. The ambulance slowly ground to a halt as sparks flew from the rims. The man was yanked out of the ambulance and was not wearing pants or a shirt. He was arrested in Northeast Philadelphia.

A day earlier, someone led police on a high-speed pursuit on the traffic-packed highways in California after they stole a… hearse. Yes, a funeral home hearse. And yes, there was a body inside of the vehicle during the high-speed car chase.

A 25-year-old man stole a black Lincoln Navigator that was customized for mortuaries on Wednesday night. A mortician parked the hearse and was about to transport the dead body to the Saint Anthony’s Greek Orthodox Church for a memorial service. James Juarez saw the opportunity to steal the vehicle.

The Los Angeles Police Department was on the lookout for the stolen SUV and the case didn’t go cold as they spotted the truck around 8 am on Thursday. Police chased the hearse down the 110 Freeway as it collided with other vehicles on the highway and caused massive traffic jams (more than usual traffic L.A. traffic jams).

The suspect was arrested and taken to the hospital. The driver can expect stiff penalties for his grave crimes. The dead body and the casket were still in the hearse. What a way to go out.

Stolen hearse carrying a body inside crashes on the 110 Freeway during a police pursuit. 3 other vehicles also caught up in the wreck. @CBSLA #pursuit pic.twitter.com/Rp6yNowAfZ