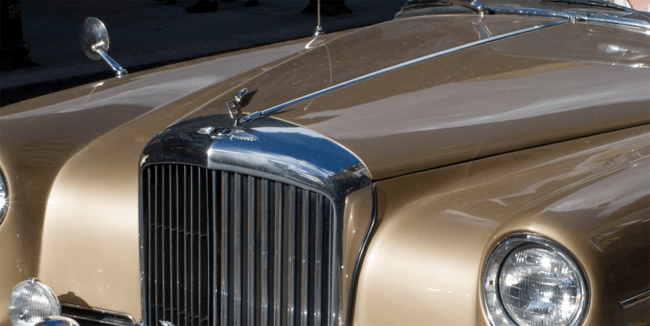 Unless, of course, the Bentley is loaded with extras like $106 million worth of illegal drugs.

Inside the container, which was shipped from Canada to Port Botany in New South Wales, was a 1960 Bentley S2 with 355 pounds of methamphetamine and 66 pounds of cocaine hidden inside of it.

According to NSW Police, the drug seizure occurred after authorities acted on intelligence, seized the vehicle, and performed an X-ray and examination of the classic car.

After partially dismantling the car, a large quantity of meth was discovered behind the headlights of the vehicle.

#vanre @AD_Humphreys "161 kilograms of crystal meth in bags and 30 kilos of cocaine packed as tightly wrapped pressed bricks…a regal 1960 Bentley S2…Two men are shown in handcuffs sitting on the ground beside the car, guarded by police." https://t.co/lWHtmxO9S2

Police then reportedly reassembled the Bentley and let it continue to be shipped to its final destination. There, a law enforcement task force executed a search warrant, seized the Bentley, along with a Ford Focus, mobile phones and a computer.

In addition to the Bentley, police also seized meth hidden in another vehicle in a follow-up investigation

In a followup investigation, police officers stopped a Toyota Prado and found 4.85 pounds of meth and more than $759,000 cash hidden beneath the car’s cargo area.

Earlier in the week, Australian police made the country’s biggest fentanyl seizure ever. More than 132 pounds of fentanyl were found hidden inside military-style ammunition boxes hidden in an industrial lathe in a shipment from Canada.

The fentanyl was was reportedly enough for 5.6 million doses.

“Typically, we would only see fentanyl being detected in quantities of one gram or less. To have a detection that is 11 kilograms pure is just quite frankly extraordinary,” said James Watson, a commander with the Australian Border Force (ABF).

“The audacity of the group behind this is just… outrageous. I’d describe it as a total act of bastardry.”