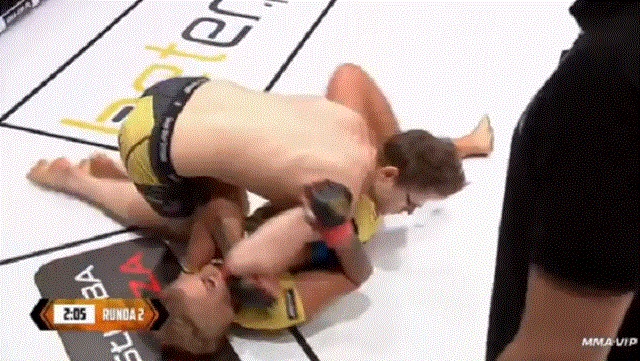 MMA in Poland is apparently the wild wild west without any rules or sanctioning bodies.

On Thursday, a polish MMA organization called “MMA-VIP” promoted a fight card filled with “freak fights” including bouts between men and women put together by a man named Marcin Najman.

the first-ever clashes between women and men, in which the controversial “Polish Ken” and “Mua Boy” will appear .. Each of the fights taking place during the MMA-VIP 3 gala carries an incredible load of emotions that you will not find at other freak-fight events. The organizer and originator of this project, Marcin Najman, is a guarantee of creating a spectacle different than anything you’ve seen so far!

The two bouts between untrained men and women went just about how you would expect them to go.

MMA fans were appalled with the crossgender fights put together by MMA-VIP.

There are people actually sitting and watching this… I'm flabbergasted. #mma? https://t.co/EdeUmn2VkJ

How was this sanctioned? This is horrific. https://t.co/K9fZfmAl33

this dude is just beating up some random mom, that lady is not a pro https://t.co/fz6W5k7rlg

I would like to know match making and negotiations go for this. https://t.co/BzoBzbUGDM