Porsche Driver Smashes Into SUV, Lands On Another Car In Worst Parking Attempt Ever 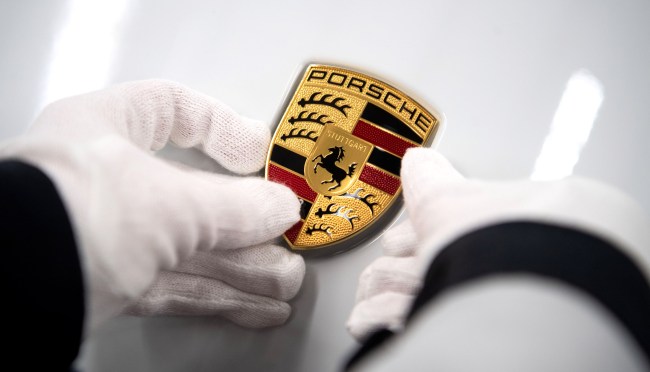 There have been a lot of really bad parking fails captured on video over the years since the internet was invented by Al Gore.

Just a few months back the internet lost its mind watching someone trying to park at a gas station so they could fill up their tank.

It’s moments like that which makes one wonder how some people were ever able to pass their driver’s test and get a license.

Related: Alternate Side Parking Thursdays, The Most Stressful Parking War Of The Week

Today we have yet another such moment.

This extraordinary parking fail took place in Manningtree, Essex and was performed by the driver of a very nice, and very expensive Porsche Taycan.

The footage, caught on a neighbor’s security video, begins by showing the driver trying to snake their way up a driveway, being very cautious not to hit anything.

Unfortunately for the driver, their $170,000 Porsche Taycan is equipped with the ability to go from 0 to 62 mph in just 2.8 seconds, which is just about how long it took for them to smash into an SUV, and fly over a 5-foot wall, landing on top of another vehicle.

“I feel sorry for the guy. He was visiting a neighbor of mine,” one local resident told The Sun. “I heard it and went to offer some help to make sure he was okay. Luckily, there were no serious injuries. I heard it happen, it was a loud crashing noise. He was pretty shaken up. He had a few bumps and bruises, but he was okay. He seemed like a really nice, genuine guy and he’d just smashed up his new Porsche.”

I can’t stop watching it. I want more like this.