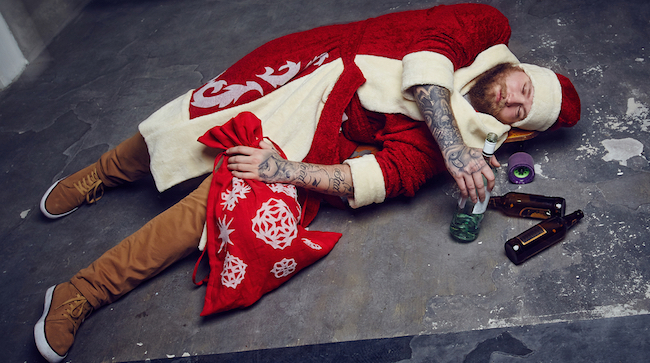 The holiday season is supposed to be a time filled with joy, cheer, and good spirits— and as far as that last one goes, I’m talking in both a figurative and literal sense. The time between Thanksgiving and the New Year presents you with plenty of opportunities to get your drink on, whether you’re getting as much revenge as you can on the company you work for by taking advantage of the open bar at a holiday party or sneaking peppermint schnapps into your cup of hot chocolate to make family gatherings a bit more bearable.

As most people learn their first week of freshman year in college (or, in my personal experience, while crushing as many beers as possible in the parking lot to get a sustainable buzz before a Dave Matthews Band concert in high school), pregaming is one of the best ways to maximize your enjoyment of the night. While I might no longer throw back as many shots of shitty flavored vodka as possible in a dorm room before heading out to a bar with $1 beers, I still make it a point to have a drink or four before officially kicking off the night.

Unsurprisingly, I’m far from the only one.

Alcohol.org surveyed 1,000 people to ask them about their pregaming tendencies and found that the average person has at least one drink before hitting the town. There’s plenty of interesting information to digest on their website, but as far as I’m concerned, the one chart that matters most is the one depicting the kinds of alcohol that have the highest tendency to fuck your night up before it even starts. 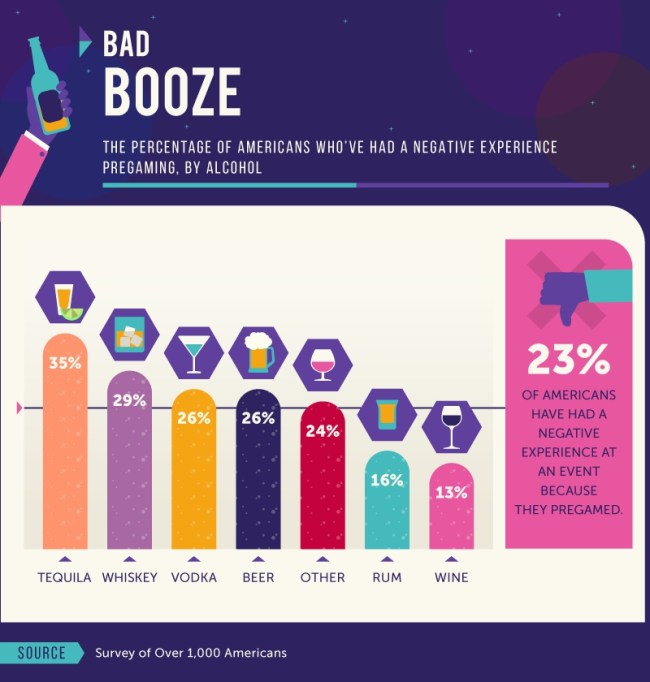 As you can see, tequila lives up to its reputation as The Great Ruiner, while wine is least likely to make things go south (I’m assuming the 13% of people who had a bad experience were playing Slap The Bag). There’s still a chance any of these might make you think its a good idea to try and climb the Christmas tree, but you might want to keep this data in mind when you’re at the liquor store deciding what kind of alcohol you’re going to stash in the garage to help raise your spirits before the rest of the family shows up.