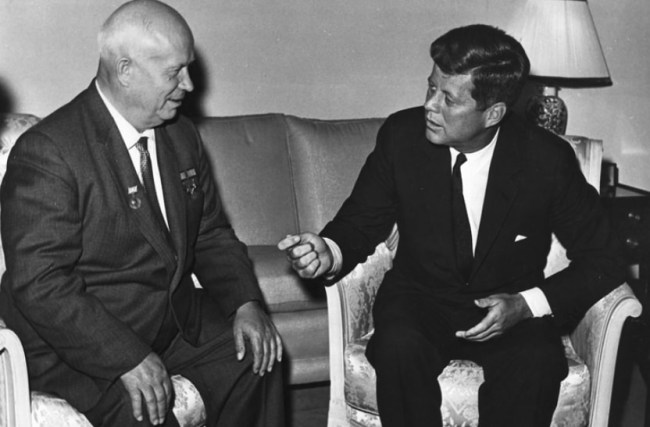 President Donald Trump announced that he will allow the release of more than 3,000 classified JFK files, a move that will certainly have conspiracy theorists soiling their pantaloons. With the President’s approval, the secret documents that have been concealed from the public since the assassination of President John F. Kennedy back on November 22, 1963. President Trump made the announcement on his Twitter.

Subject to the receipt of further information, I will be allowing, as President, the long blocked and classified JFK FILES to be opened.

“Subject to the receipt of further information, I will be allowing, as President, the long blocked and classified JFK FILES to be opened,” President Trump tweeted. White House spokesperson Lindsay Walters said the administration was working “to ensure that the maximum amount of data can be released to the public.” President Trump could have blocked the release of the documents on the grounds that the release of the documents to the public could harm intelligence, law enforcement, military operations or foreign relations. With his approval, the classified files will be made available to the public by Thursday of next week.

Since JFK’s assassination, which has been shrouded in conspiracy theories and undying suspicions, the U.S. government has released more than 30,000 documents incrementally to the public. However, many of the millions of pages of documents have been redacted or only partially released and over 3,000 have been kept from the public. The classified files were scheduled to be made public by Oct. 26, but President Trump had the power to bar the release under the President John F. Kennedy Assassination Records Collection Act of 1992. The act was signed by signed into law by George H.W. Bush and mandated that the assassination documents must be released in 25 years.

There have been decades of suspicions as to whether Lee Harvey Oswald acted alone in killing the 35th U.S. President. The conspiracies ran rampant after Oliver Stone’s movie JFK was released in 1991, which shined a bright light on the secret documents. The movie’s popularity caused many Americans to write their representatives requesting the release of these classified documents forcing them to sign the President John F. Kennedy Assassination Records Collection Act of 1992.

The Washington Post reported that an unidentified National Security Council official said some unnamed federal agencies were asking Trump not to release an unknown number of the files because they involved sources and methods used by the agencies. Should everything go according to plan and there is no meddling by “deep state operatives,” the National Archives will make all of the classified documents available on its website by Oct. 26. There are approximately 3,100 documents that are still classified and the public does not know exactly what information is contained in the files. But don’t expect the files to reveal that there were three or four shooters at Dealey Plaza on that fateful day in 1963.