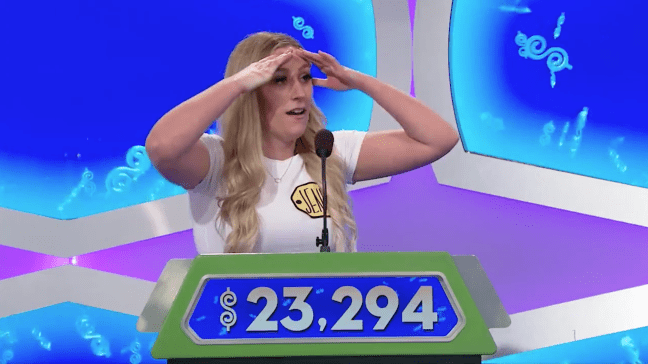 It’s been a tough week for gameshow contestants. First, there were the two Jeopardy players who lost at the buzzer, and then there was this gut-wrenching finish to The Price Is Right earlier in the week. Let me preface how bad of a beat it was with my knowledge of the show.

The Price Is Right was always on in between my 9:00am and 11:00am classes during both my junior and senior year, so I would always post up and watch it with whomever else wanted to join. By the end of my last semester, I had a group as big as 15 people joining me most days to watch Drew Carey do his thing. I love The Price Is Right to the point where I fully believe that if I was given the opportunity to compete, I would smoke my competition. I was slated to be in the audience on two separate occasions when I was living in Los Angeles but work got in the way of one and COVID-19 shut down the other. Oh well.

The point I’m trying to make is this— I have watched a fair amount of the show in my day and I’ve never seen such a brutal finish. I was a few days late to finding it, because I am no longer a daily watcher, but it hurts the soul just the same.

For those who are unfamiliar with the format, Robert and Jennifer are the final two. They are presented with a prize package of varying value and have to guess the total monetary value without going over. Whichever of the two contestants is closer to getting the price right, wins. Robert kicks it off with a difference of $6,083. He left the door wide open for Jennifer, so long as she didn’t go over. You’ll have to watch what happens next. Take a look.

Ohhhh em gee! You have to see how this showcase ends to believe it… pic.twitter.com/huYWkaHwif

Drew suggests that Jennifer finds a comfort food to deal with the loss, but I don’t think there is enough ice cream in the world to get over that one. Ouch.