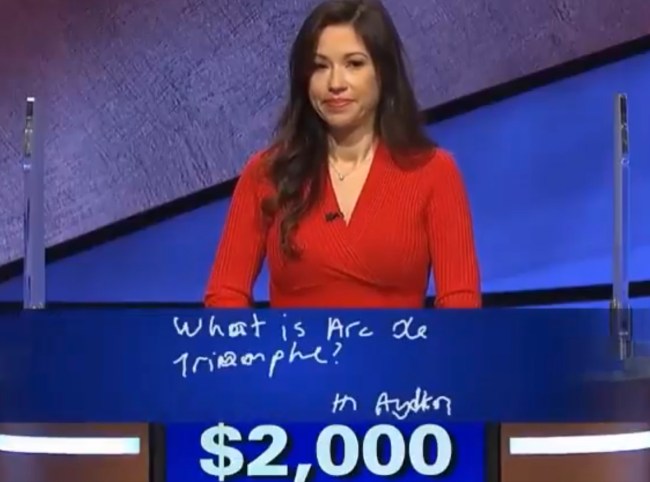 Needless to say, last night I was watching Jeopardy with family members, and this ending blew my mind.

John and Tim were blowing the doors off Melis the entire game. In the second round, I’m not positive about my recall, but I’m fairly certain the data analyst from Redondo Beach, CA, answered only one question correctly and the response was Weezer.

Going into Final Jeopardy, I’m positive Melis just assumed she should try her best because this just wasn’t her day. She had $2,000 and Tim and John both had $14,200.

The category was European Landmarks. Melis gave the answer a shot, realized she didn’t know the right answer, and bet nothing.

From last to first… This is one of the wildest Jeopardy finishes of all-time 😮pic.twitter.com/t2KlD4QZ2h

Tim and John were so sure they knew the answer, they BET IT ALL, and both were left with zero. Melis pulled out the shocking victory and moves on to play another day.