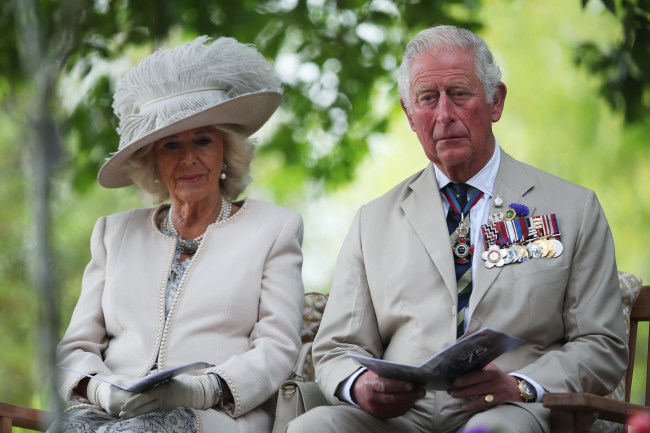 Prince Charles and Camilla have turned off the twitter comments on their official twitter account. Apparently the popular Netflix show The Crown continues to reopen the wound of Charles’s 1986 affair with Camilla, which preceded Diana’s death, and the British public doesn’t forget:

On Tuesday, the Clarence House Twitter account, which posts updates and photos about the Prince of Wales, 71, and the Duchess of Cornwall, 72, shared pictures of Camilla speaking to the staff and residents of a U.K. homeless charity.

Unlike previous posts, the comments section has been shut down. This comes after the royal couple’s social media accounts have been flooded with hateful comments in the wake of the latest season of “The Crown.”

Now, normally you should never turn off your comments. That’s a cowardly move and it only galvanizes your haters by letting them know they’ve succeeded in getting under your skin. Ignore, ignore, ignore! Mute them if you have to—they won’t know. All they seek is validation, and their lives are miserable.

Seriously Chuck, do you think that someone who gets so worked up from watching The Crown that they take to your twitter to slander your wife as some misguided show of allegiance to Diana, who passed away 23 years ago, is worth your time? As Chappelle would say, that’s a brittle spirit man. You’re a 72-year-old prince. You’ve lived your entire life as a backup QB with no threat that you need to stay current with the playbook. Just get to ride around with the team, enjoy massive breakfasts, and wear whatever expensive outfits are tossed your way—all paid for by the VERY PEOPLE WHO TAKE SHOTS AT YOU ON TWITTER. You’ve won! You beat them! The fight was called 72 years ago, the moment you were born!

Look at how mad these losers are online:

Money can buy you fancy clothes and jewelry, but not DIANA’s class or charm or magnetic presence. You can never replace her in a million years. She is our PRINCESS, now and forever!

the true princess of wales, always Diana, Camilla, the eternal lover, the greatness of Diana will be eternal, no one will be able to take her place, Charles of England will never be King and neither deserves it .., Diana Princess of Wales will live forever pic.twitter.com/bi6lVSGdno

All that money and she can’t get her damn teeth fixed? No alibi.

She helped to destroy Diana! Don’t ever forget that!

Camilla is a house breaker & a monster, she broke Diana's marriage and killed her

Good Lord, Pooja. That’s some real dark trolling there. I understand that the British royals cultivate a cult following, but this is some next-level internet hate. If you care, dive in there—it’s a nasty place. There are some other tweets that are even worse.

I haven’t watched The Crown but it’s on the list. Who knows, maybe the show is so transporting that I’ll be taking my shots at Charles by the time I hit season 4. But for now, shame on you guys. Let Charles and Camilla tweet in peace.