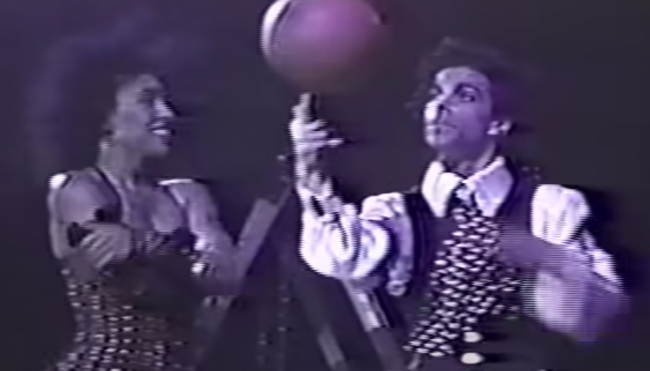 I like to think I’m not the only person who assumed the supposedly “True Hollywood Stories” Charlie Murphy recounted on Chappelle’s Show sacrificed honesty for the sake of humor, as it was hard to believe his anecdotes about having his couch disrespected by Rick James or getting trounced by Prince in basketball were accurate testimonies of how things really went down.

However, if Eddie Murphy is to be believed, the tale of the hallowed pick-up game between him and his brother’s crew and Prince‘s squad was “absolutely accurate,” as the comedian recently revealed there were some slight discrepancies when it came to Dave Chappelle’s legendary recreation of that showdown but that the sketch was pretty spot-on when it came to chronicling how that fateful night played out.

Prince knew he wanted to pursue a career in music at an early age, but in addition to honing his skills in that realm while taking dance classes in his hometown of Minneapolis, he also dabbled in athletics when he was growing up.

While he never rose above the junior varsity level as far as basketball was concerned, he never lost his love of the game, and based on a clip that recently resurfaced on Twitter, it’s safe to say there was a reason the Murphy brothers got whupped when they faced off against him.

On Thursday, a video of Prince whipping out a basketball in the middle of a concert began to make the rounds and proved he was certainly no slouch, as he channeled his inner Harlem Globetrotter by spinning the rock on his finger for a few seconds before drilling one of the most casual mid-range shots you’ll ever see on a hoop that was set up on the stage.

What an absolute legend.