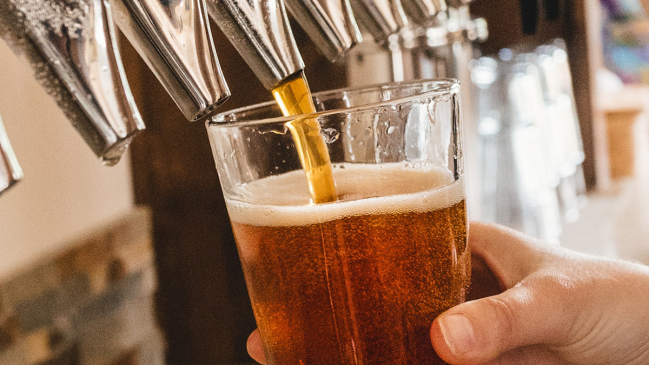 If you’ve ever found yourself tumbling down a rabbit hole of the many achievements listed in the Guinness Book of World Records, there’s a very good chance you’ve stumbled across at least one that seems like it would be pretty easy to one-up if you really set your mind to it.

That’s exactly what I told myself when I saw what a 29-year-old man named Gareth Murphy did earlier this year en route to breaking the record for “Most Pubs Visited In 24 Hours” after popping into 54 separate drinking establishments in Cardiff, Wales in a single day.

While it was certainly no easy feat, it seemed like the man who managed to surpass the previous mark of 51 was just begging for someone to outdo him sooner rather than later when you consider A) he rested on his laurels following a tour that took him less than 12 hours to complete and B) Guinness (somewhat ironically) doesn’t mandate the consumption of alcohol at any point during the challenge (while he did drink some beer, juice accounted for the vast majority of the liquid he consumed).

Well, it didn’t take long for my suspicions to be confirmed, as The Liverpool Echo reports Murphy has been firmly dethroned just a few months after setting the world record courtesy of the Englishman who now reigns supreme.

Saturday marked the start of a fairly epic journey for 22-year-old Nathan Crimp, who was joined by two friends who were by his side over the course of a bar crawl that began at 11 A.M. on Saturday and ended at 4 A.M. on Sunday following an 18-mile odyssey that saw them hit 67 watering holes in Brighton, England before calling it quits.

Crimp—who leveraged the stunt to drum up donations for a local dog shelter—headed into the adventure with the goal of visiting a total of 75 different spots. However, it didn’t take him long to realize his ambitions were a tad too lofty after running into some issues during what he said was a fairly grueling drinking marathon:

“It was easily the hardest thing I’ve ever done. I completely underestimated just how hard it was actually going to be.

The plan was to try and keep it sober for the first 25 pubs, but that went out the window 15 pubs in. I had to mix it up a little bit—I tried to drink alcohol in one and non-alcoholic drink in another—trying to space it out.

To drink that much liquid in such a short space of time – I must have packed away easily 20 to 30 litres. The hardest part was constantly having to go to the toilet, which took up the majority of the time.”