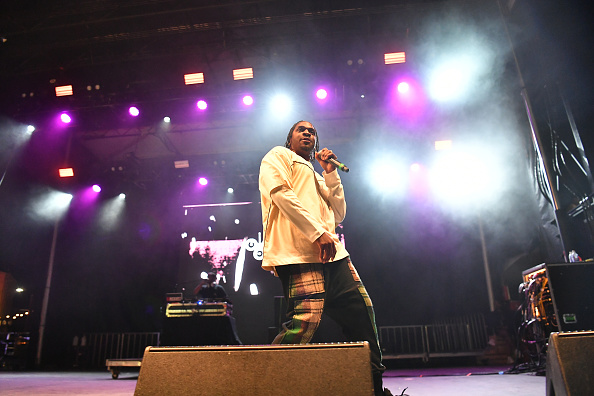 Pusha T, the Virginia based rapper who has been beefing with Candian superstar Drake throughout the year, performed at the Danforth Music Hall in Toronto tonight and things got a bit out of hand.

According to several reports police had to shut down Pusha’s concert after Drake fans threw beer and tried to attack him on stage.

3 guys rushed the stage and tried to jump Pusha T. Pusha's boys quickly stopped and beat those guys down and then as the guys who were trying to rush Pusha ran away got beat by the crowd as well. 10 mins later cops came and stopped the show.

someone tried to attack pusha and there was a brawl after… he came back eventually to perform “don’t like” and take subliminal shots at drake, but the cops were called and the show had to be cancelled… pic.twitter.com/ogyiBL2MDp

So my boy went to the Pusha T concert and 3 dudes tried to rush this man on stage and ended the show 😂 Toronto is Mawd pic.twitter.com/bqFTnm4lDz

Pusha was able to get back on stage to perform “Infrared” and claimed Drake paid fans to throw beer at him and to attack him on stage.

But wait theres more! Pusha T comes back on stage in Toronto and performs Infrared. pic.twitter.com/KKYhFCV74e

PUSHA T SAYS DRAKE PAID SOMEONE TO THROW BEER AT HIM JUST TO GET BEAT UP BY SECURITY 😭😂🤣 pic.twitter.com/kKvoR0PwgH