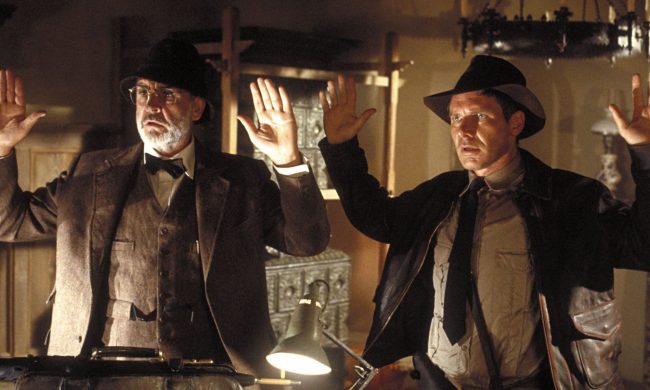 Known for having quite a quirky personality to go along with his legendary filmmaking talent, Quentin Tarantino has unleashed perhaps the most bizarre combination of those two character traits yet.

During a recent appearance on the ReelBlend podcast, Tarantino came armed with the absolutely wild take that he considers Indiana Jones 4 (Kingdom of the Crystal Skull) to be better than Indiana Jones 3 (The Last Crusade).

Released in 2008, Indiana Jones and the Kingdom of the Crystal Skull — which added the likes of Shia LaBeouf and Cate Blanchett to its cast — was the worst-reviewed film in the franchise.

As a millennial, this is particularly difficult to wrap my head around as the primary memory I have of Indiana Jones and the Kingdom of the Crystal Skull is the way that South Park absolutely eviscerated Stephen Spielberg and George Lucas for their decision to continue the franchise.

The Indiana Jones franchise isn’t quite finished yet, either, as the fifth film in the franchise is set to hit theaters on June 30, 2023.

In addition to the legendary Harrison Ford — who will be 80 years old when the film hits theaters — Indiana Jones 5 stars Phoebe Waller-Bridge, Mads Mikkelsen, Boyd Holbrook, Antonio Banderas, and more. The film is helmed by James Mangold, the director of Ford v. Ferrari and Logan.