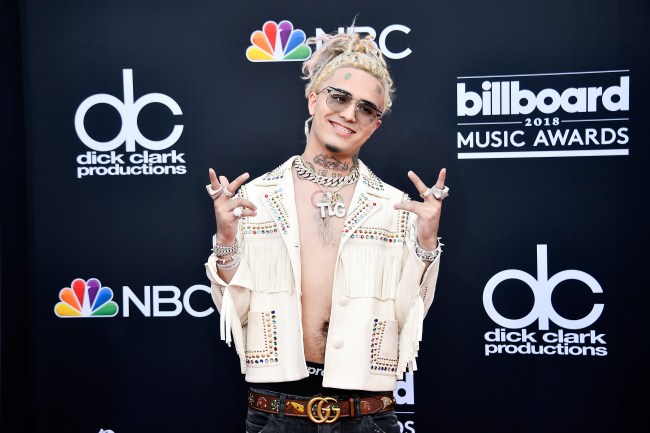 Lil Pump is all-in with President Trump on election day.

Earlier this week, the Miami-based rapper went viral when he declared that he was voting for Trump because he wasn’t looking forward to his tax rates going up if Biden wins the election next Tuesday.

Pump went on to share a bizarre photoshopped picture on Instagram of him shaking hands with President Trump with the caption: “THE DAY I MET TRUMP #trump202022020.”

On Friday night, the rapper took his support of Trump a step further and proclaimed that he was leaving the country if the President lost the election next week.