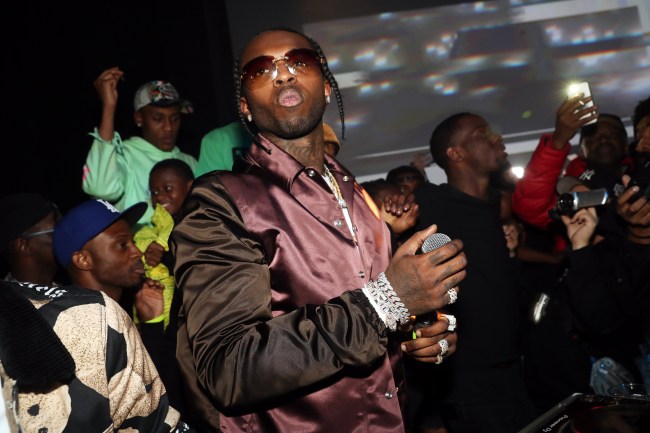 Up and coming 20-year-old rapper Pop Smoke was reportedly shot and killed this morning in a home invasion robbery in Hollywood according to TMZ.

The rapper was at a home in the Hollywood Hills at around 4:30 AM when 2 men wearing hoodies and masks broke into a house … this according to law enforcement sources. We’re told the 2 men fired multiple shots, striking and critically wounding Pop Smoke. The men were seen fleeing on foot.

Pop Smoke was rushed by ambulance to Cedars-Sinai Medical Center in West Hollywood where he was pronounced dead.

The rapper had recently posted several images of Hollywood Hills home on his Instagram account hours before his death. There are currently no suspects and no one has been arrested for the shooting.

Pop smoke was shot and killed at 20 years old 🙏 pic.twitter.com/lgaBRWhLlO

Fans and artists reacted to the news of his death on Twitter.

Pop Smoke just dropped a banging album & was about to tour the world. He was only just starting to get in his actual bag damn

This is so sad. Pop Smoke really really was about to take over 😣 RIP

RIP Pop Smoke, so much potential cut short for what… not even safe at the house

Shocked and disgusted about the murder of Pop Smoke. I cannot believe we are here again. Heartbreaking.

There’s an epidemic on us.

RIP Pop Smoke, made it out of the hood , was the connecting link between UK Drill and NY Hip Hop , was making a name for himself , but somebody had to hate. Smh

Dude. He was just getting started. Only 20 years old.