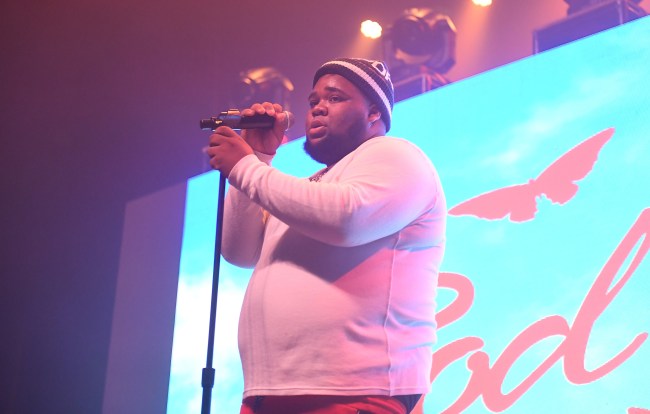 Rapper Rod Wave had a bit of an incident at his Halloween concert in Atlanta on Saturday.

As Rod was making it out to perform with a large group of people the stage collapsed underneath them and they all fell to the ground.

Several angles of the fall were videotaped by the stunned crowd.

Rod Wave fell through the stage at his show tonight. The audience reaction is too funny 😂😂 pic.twitter.com/SU6nuDpN3X

Rod wave must’ve thought the world was ending when the stage collapsed 😭 pic.twitter.com/0hi1MdguuS

Another angle of Rod Wave’s stage collapsing at concert pic.twitter.com/gIPgtEbTW7

It seems like everyone is ok but the concert was reportedly canceled after the stage collapsed.